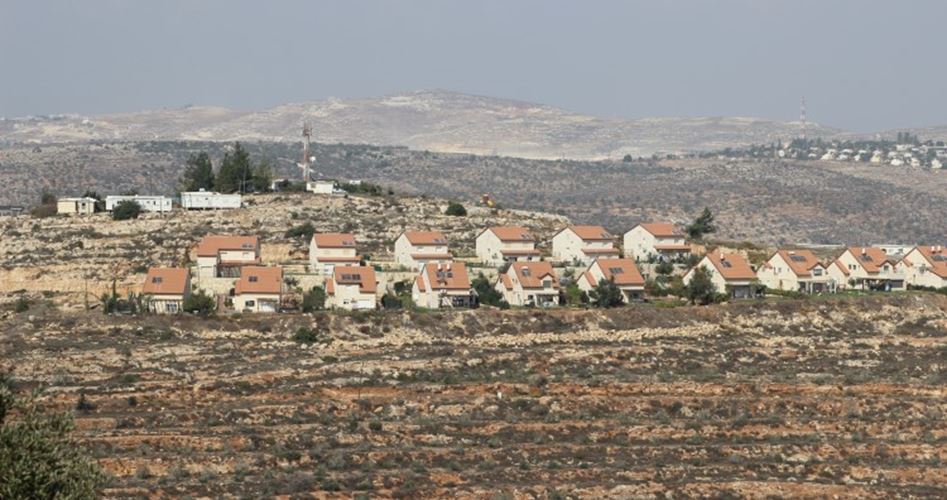 An illegal Israeli settlement in the occupied Palestinian territory.

"The import by Arab markets of olive oil and honey from the (Israeli) colonies is a violation not carried out by non-Arab states, which reflects either ignoring the enormity and criminality of the occupation and indifference to the injustice inflicted on the Palestinians or not realizing that these settlements and dealing with them are contrary to international law," said Shtayyeh during the Palestinian cabinet meeting today.

"This exposes those who do it to criminal and legal prosecution in international courts and we will undoubtedly prosecute these companies," he added.

PLO Executive Committee Member, Ahmad Majdalani, said the decision by the United Arab Emirates to import Israeli settlement products undermines the right of Palestine to exist and the right of the Palestinian people to self-determination.

"We strongly condemn the first shipment of Israeli settler products to the United Arab Emirates. This shipment carries products of the settler company "Tura" located in the illegal settlement of "Rehelim" built on stolen lands belonging to the Palestinian village of al-Sawiya. This dangerous and unprecedented step encourages Israel's colonial settlement enterprise's prosperity and undermines the right of Palestine to exist and the right of the Palestinian people to self-determination. Israel's colonial expansion on Palestinian lands fundamentally threatens the Palestinian people's national and human rights, the two-state solution, world peace and security, and the human rights and international law system as a whole," he said in a statement.

"Importing products from illegal Israeli settlements serves the occupying Power's propaganda to normalize its illegal settlement enterprise. Thus, the failure to adhere to the rules and provisions of international law and United Nations resolutions, which is the obligation of every UN Member State, enhances Israel's culture of impunity and encourages its annexation agenda and the forcible transfer and displacement of Palestinians," he added.

"Israeli settlements are illegal and constitute a war crime within the meaning of the Rome Statute of the International Criminal Court.

A flagrant violation of international law and United Nations resolutions, foremost of which is UNSC 2334 that reaffirms Israel's obligations as the occupying Power under the Fourth Geneva Convention and the illegality of Israeli settlements." The PLO official said that the State of Palestine "will indict complicit companies in Israel's settlement enterprise for their violation of international law." He called upon the international community, in the region and beyond, to support and respect international law and to assume their legal and political responsibilities in deterring Israel, the occupying Power. "It's urgent to end Israel's settlement enterprise and associated regime and hold it accountable for its systematic and continuous violations against the land and people of Palestine," he said.

"We call upon every nation to fulfill its legal obligations: to distinguish in their official dealings between Israel and occupied Palestine, prohibit and boycott colonial settlement products and services, support the Palestinian people's legitimate rights to freedom towards achieving their national independence in a sovereign State of Palestine on the 1967 borders with Jerusalem as its capital."