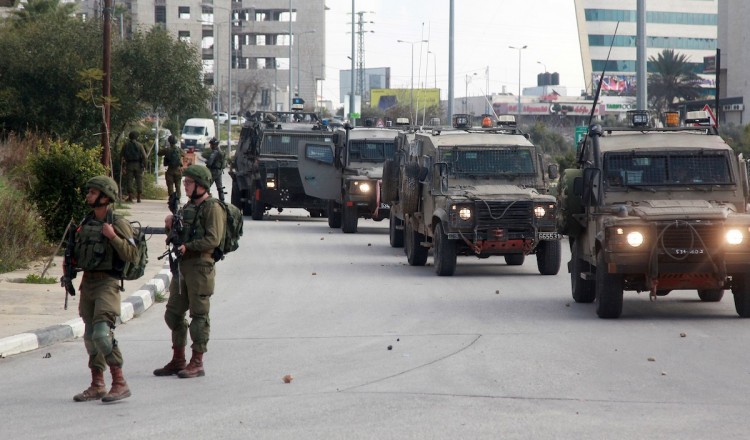 BETHLEHEM, Thursday, January 07, 2021 /WAFA/ – At least eight Palestinians were arrested and two others injured last night during raids by Israeli occupation forces which targeted the occupied West Bank districts of Bethlehem, Jenin, Hebron, and Qalqilia, according to Palestinian security and local sources.

Forces broke into Dheisha refugee in Bethlehem, provoking clashes with local residents during which a 19-year-old Palestinian youth was injured by live gunshots in his leg. During the raid, the occupation detained three Palestinians after raiding and searching their homes.

In the meantime, Israeli troops broke into the town of Qabatiya, in Jenin Governorate, and detained two Palestinians after raiding their homes.

Clashes also erupted with the occupation forces during the raid of Qabatiya, during which a youth was injured by a live gunshot in his leg.

A sixth Palestinian was also also detained by the occupation forces during a raid of Qalqilia city in the occupied West Bank.

Meanwhile, the occupation army broke into the town of Yatta, in Hebron Governorate, and detained a 22-year-old Palestinian young man after raiding and searching his home.

Another Palestinian young man from the town of Sa'ir in Hebron was also arrested by Israeli police from his workplace inside Israel.