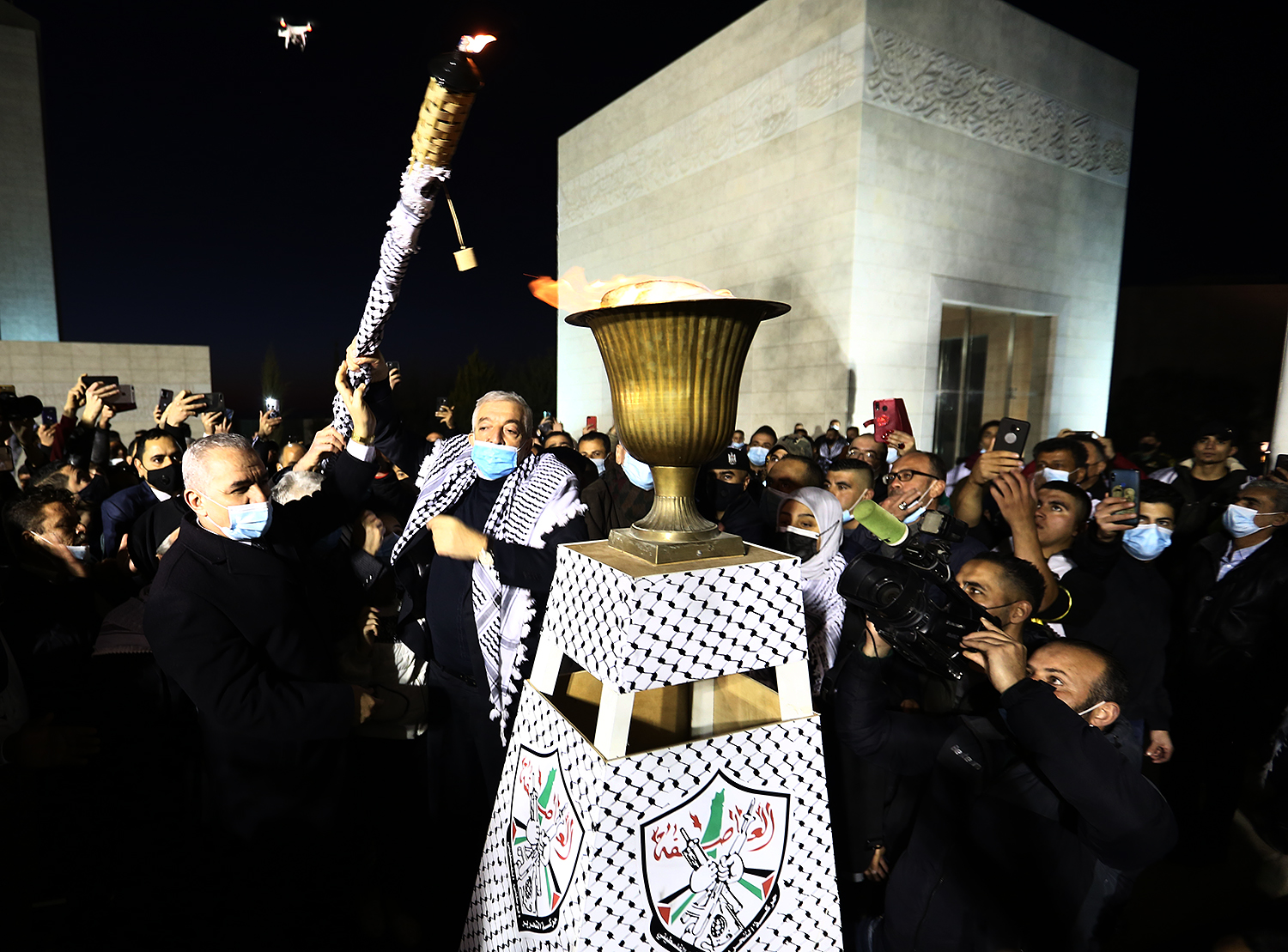 Mahmoud Al-Aloul, Deputy Chairman of the ruling Fatah Movement, along with Prime Minister Mohammad Shtayyeh, lights the torch marking the 56th anniversary for the launch of the contemporary Palestinian revolution. Photo by: Huthaifa Srour / WAFA

RAMALLAH, Thursday, December 31, 2020 (WAFA) – On behalf of President Mahmoud Abbas, Deputy Chairman of the ruling Fatah Movement, Mahmoud Al-Aloul, lit this evening at the presidential headquarters in Ramallah the torch marking the 56th anniversary for the launch of the contemporary Palestinian revolution and Fatah Movement.

The annual ceremony was attended by Prime Minister Mohammad Shtayyeh, members of the Executive Committee of the Palestine Liberation Organization (PLO), Fatah Central Committee and its Revolutionary Council, in addition to representatives of the various political factions. Certain precautions were maintained during the event due to the COVID-19 pandemic.

Speaking during lighting ceremony, Al-Aloul congratulated the Palestinian people on the occasion of the 56th anniversary for the launch of the contemporary Palestinian revolution, Fatah movement and the New Year.

Al-Aloul told the attendees that commemorating the 56th anniversary of the Palestinian Revolution "reminds us of decades of continuous Palestinian suffering and sacrifice, which will continue until the goals of the Palestinian people are achieved, although some have described it as the revolution of the impossible."

The first armed attack against Israel by Fatah was launched on January 1, 1965, ushering in the start of the Palestinian revolution and armed resistance aimed at liberating Palestine and establishing an independent Palestinian state in the occupied territories.