Israeli soldiers open fire at Palestinians near the apartheid barrier, injure one 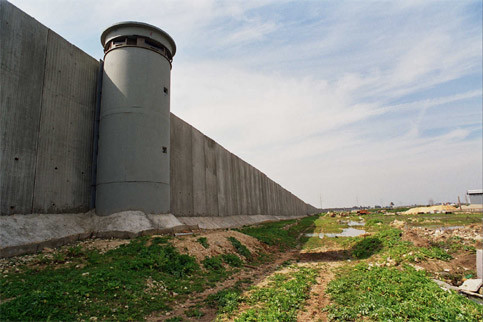 Section of the apartheid barrier in the occupied West Bank.

They told WAFA that a 27-year-old man was brought to hospital in Jenin with gunshot wounds to his leg after soldiers opened fire at him near the barrier.