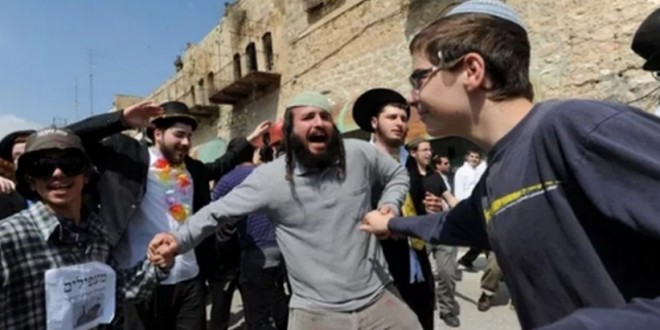 JERUSALEM, Sunday, December 27, 2020 (WAFA) – Hundreds of Israeli settlers last night attacked homes of Palestinian citizens and terrorized them in the neighborhood of Sheikh Jarrah in occupied Jerusalem, according to witnesses.

Settlers, protected by Israeli police, gathered at Road 1 in Sheikh Jarrah and attacked homes, vehicles and passers-by, while the police did nothing to stop them.

In the meantime, Israeli settlers attacked with stones Palestinian vehicles passing at Route 60 near the village of Sinjil, north of Ramallah in the occupied West Bank.

No casualties were reported in the two incidents.

Israeli settlers have escalated their attacks against Palestinian civilians across the occupied West Bank and Jerusalem since last week.

Some of the terrorist attacks saw settlers pelt stones at vehicles at junctions in the north of the West Bank. In other incidents, settlers were seen unleashing their dogs to attack homes of Palestinian civilians in the Hebron Governorate.