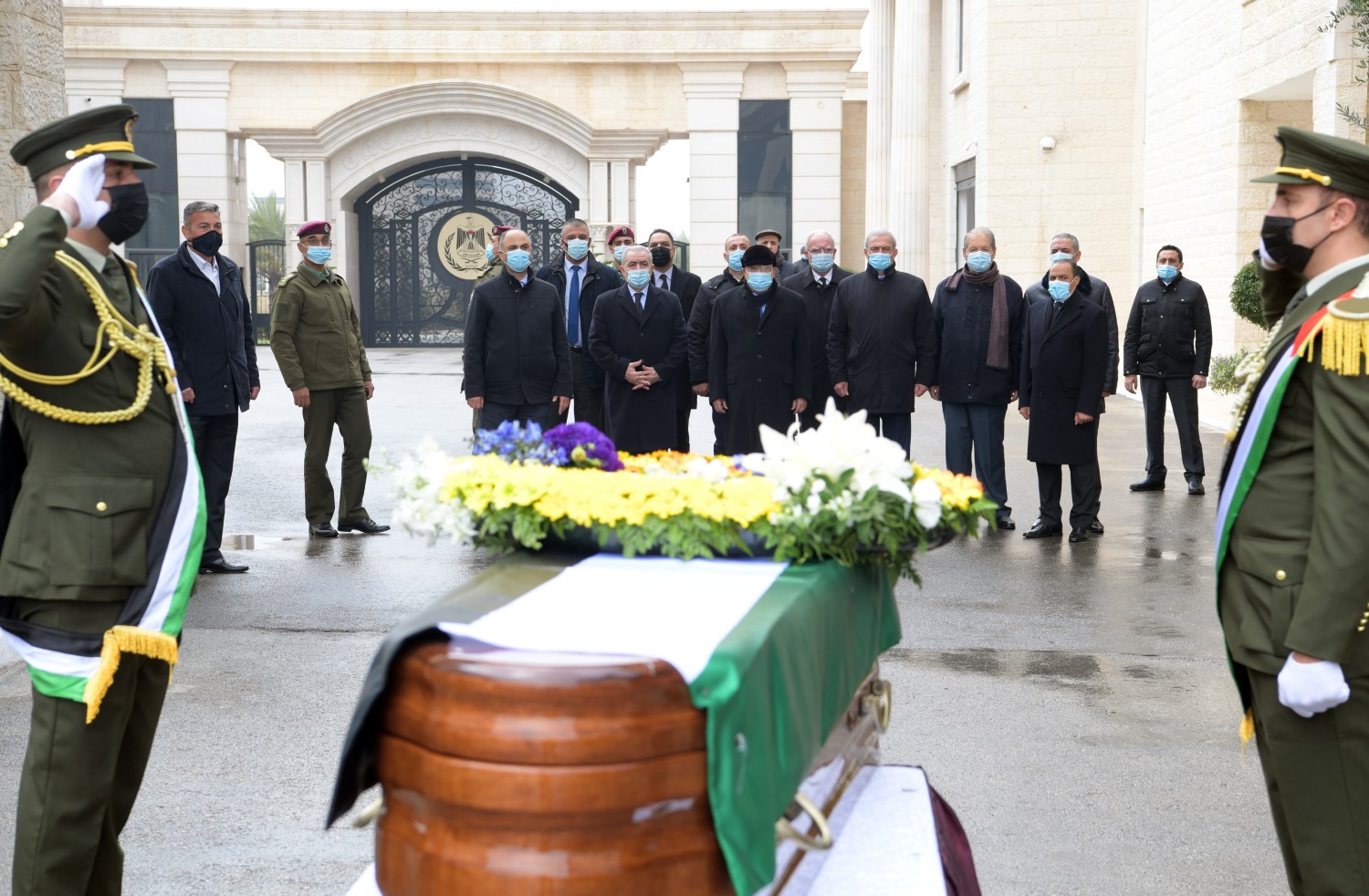 RAMALLAH, Thursday, December 24, 2020 (WAFA) – In an official ceremony attended by President Mahmoud Abbas and Prime Minister Mohammad Shtayyeh, Abdul Rahim Mallouh, the former deputy leader of the Popular Front for the Liberation of Palestine (PFLP), was laid to rest today in the city of Al-Bireh in the center of the West Bank.

The funeral procession of the former deputy leader of the PFLP set off from the presidential complex, al-Muqata'a in Ramallah, where a memorial was held with the attendance of President Mahmoud Abbas, Premier Mohammad Shtayyeh and members of the PLO Executive Committee among others.

During the memorial, President Abbas laid a wreath over the coffin of the veteran Palestinian official as the Palestinian national anthem and funeral music were played.

Following the Ramallah memorial, the funeral convoy headed to the neighboring city of Al-Bireh where he was laid to rest in the city's cemetery.

Mallouh, a leader in the Popular Front for the Liberation of Palestine, died yesterday evening of his illness which he contracted a year and a half ago at the age of 79.

Born in 1945 in Qalqilya, Mallouh was a member of PFLP which he co-founded in 1967. He served as the party’s deputy secretary general until 2013. He was also a member of the PLO’s Executive Committee until May 2018.