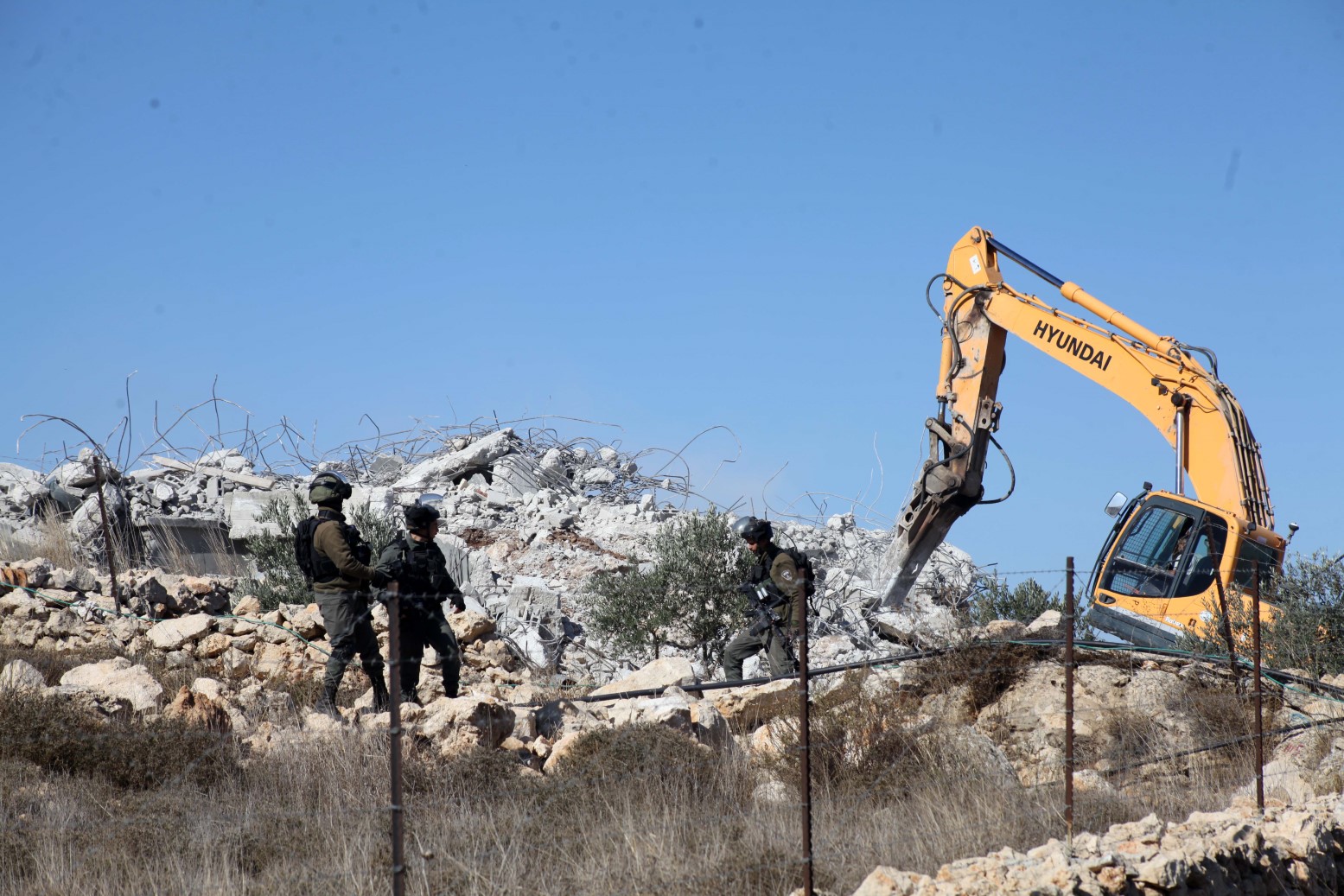 Coordinator of the Popular anti-wall and anti-settlements committees, Ratib al-Jabour, told WAFA that an Israeli military force stormed al-Simiya hamlet, northwest of al-Samou, where they tore down a 200-square-meter house and a 90-square-meter house displacing their families comprising of 20 members.

They also demolished a water well and a 500-square-meter livestock shed belonging to the same family.

Al-Jabour the demolitions intend to empty the area of its Palestinian residents in order to make room for the construction of illegal Israeli colonial settlements and bypass roads for the settlers.

According to the United Nations Office for the Coordination of Humanitarian Affairs (OCHA) in the occupied Palestinian territories, Israel demolished over 7200 Palestinian-owned structures in the last 10 years, displacing over 10,000 people. Demolitions are typically carried out due to lack of Israeli-issued permits, which are nearly impossible to obtain, but in some cases the circumstances are different, including punitive demolitions and demolitions carried out as part of military activities.