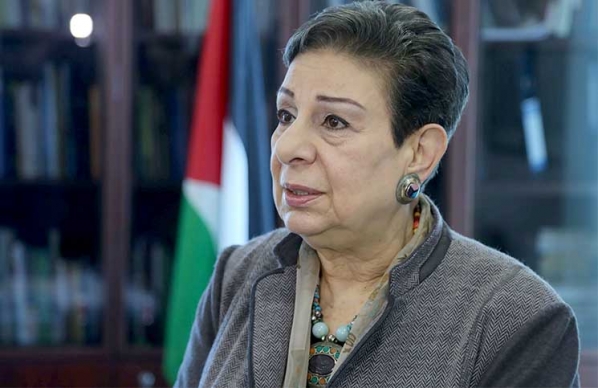 Hanan Ashrawi, head of the PLO's Department of Public Diplomacy and Policy.

RAMALLAH, Wednesday, December 9, 2020 (WAFA) – President Mahmoud Abbas accepted tonight the resignation of Hanan Ashrawi, member of the Executive Committee of the Palestine Liberation Organization (PLO), at her request after she submitted a written resignation several days ago.

Longtime political activist and official Hanan Ashrawi, who headed PLO's Department of Public Diplomacy and Policy, confirmed today in a statement that she has submitted her resignation to President Abbas to go into effect at the end of this year.

“Consistent with my lifelong commitment to the principles of integrity and transparency, I would like to state the following pertaining to my resignation from the PLO Executive Committee:

"I met with President Mahmoud Abbas on 24 November 2020 and we had a candid and amicable discussion in which I informed him of my decision to resign from the Executive Committee, effective the end of the year,” she said.

Ashrawi said she submitted her resignation in writing to President Abbas on 26 November, and met with him on December 8 to confirm the resignation, which the President accepted tonight.

“As I have reaffirmed to President Mahmoud Abbas, I will continue to serve the Palestinian people and our just cause in every capacity, albeit outside public office,” said Ashrawi in her statement.