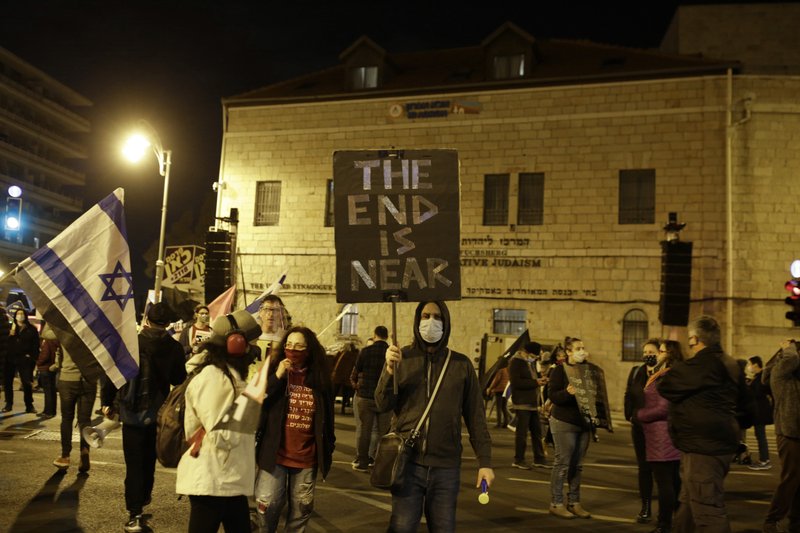 TEL AVIV, Saturday, November 21, 2020 (WAFA) – Despite the stormy and chilly weather affecting the region, thousands of Israelis took to the streets on Saturday evening for the sixth month demanding their Prime Minister Benjamin Netanyahu to step down.

Several thousand people gathered outside Netanyahu’s official residence in occupied Jerusalem, the focal point of the months-long demonstrations. A similar crowd of demonstrators protested outside Netanyahu’s private home in the upscale coastal town of Caesarea. Smaller gatherings took place at intersections and overpasses across Israel.

The Black Flags protest movement said hundreds of cars were on their way to demonstrate near the Israeli prime minister’s private home in Caesarea. It also said pro-Netanyahu activists hurled rocks at protesters in the northern community of Shlomi, near the Lebanese border.

For six months now, Israelis have been holding weekly protests against Netanyahu demanding him to resign over his trial on charges of bribery, fraud and breach of trust, as well as his mishandling of the coronavirus pandemic.

Netanyahu has been facing long-running charges of fraud, breach of trust and accepting bribes. His trial is scheduled to enter its evidentiary phase in January.