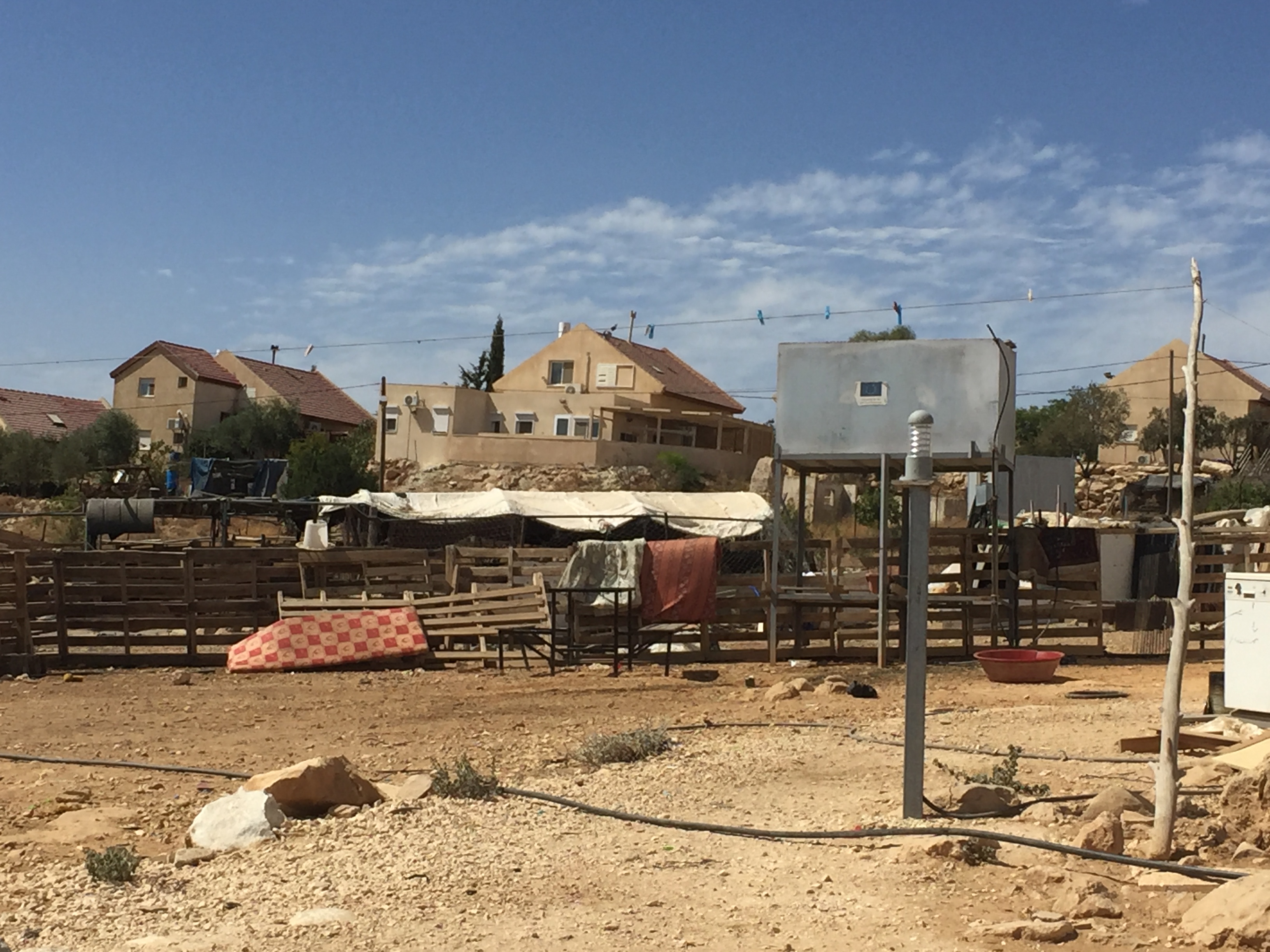 A hamlet in Masafer Yatta with an illegal Israeli settlement built on nearby land. (File photo)

HEBRON, Saturday, November 21, 2020 (WAFA) – Dozens of hardcore Israeli settlers escorted by soldiers today raided al-Tuwanah, one of the nine hamlets of Masafer Yatta, a Bedouin community located south of Hebron in the occupied West Bank, according to a local source.

Settlers from the illegal settlement of Havat Maon raided the hamlet and attempted to attack homes of the local Palestinian residents while verbally assaulting activists, said Fouad al-Amour, a local activist.

Residents and activists, he said, stood up to and engaged the settlers, resulting in one resident receiving light injuries.

Israeli soldiers who were accompanying the settlers reportedly did nothing to stop the attack and rather provided the settlers with protection.

Attacks by Israeli settlers against vulnerable Palestinian communities is commonplace, and are rarely prosecuted by the occupation authorities.