No change in the health condition of Saeb Erekat, says family 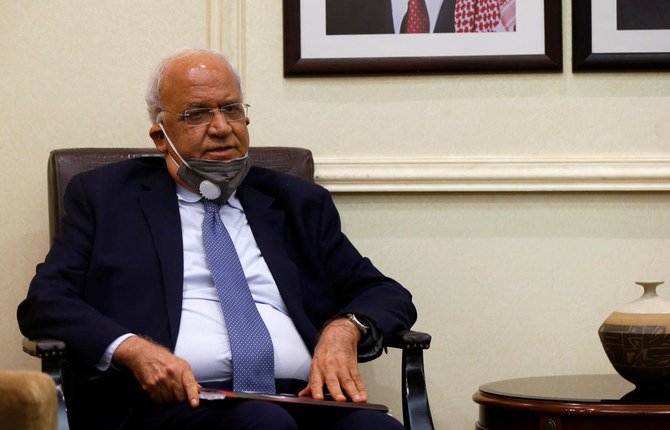 RAMALLAH, October 24, 2020 (WAFA) – The family of Saeb Erekat, secretary-general of the Executive Committee of the Palestine Liberation Organization and longtime chief Palestinian negotiator, said today that there has been no change in his health condition since yesterday.

She pointed out that her father, who underwent a lung transplant three years ago, underwent a bronchoscopy last week which showed the absence of any bacteria or viruses in the lungs. However, she said a type of fungus was detected and which affects people with weak immunity.

Erekat wished that her father would recover very soon and beat the coronavirus.

The PLO secretary-general was last week moved to Hadassah Hospital in Jerusalem due to a severe deterioration in his health after he had tested positive for coronavirus.