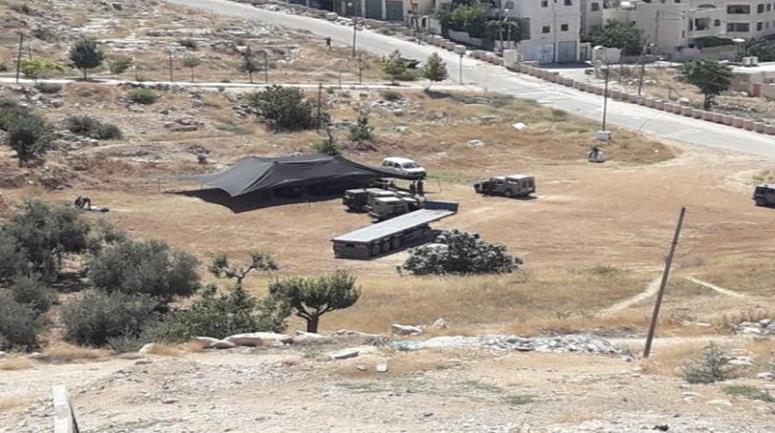 Israeli settlers set up tents on Palestinian land in the West Bank as a prelude to taking it over. (File photo)

HEBRON, Tuesday, October 06, 2020 (WAFA) – An Israeli settler set up a tent on Palestinian-owned land in Birin village, located to the east of the southern West Bank city of Hebron, according to a local activist.

Member of the Popular Committees in Southern Hebron, Rateb al-Jbour, said that a settler set up a tent on a plot of land belonging the Burqan family from Birin, east of Yatta, and hoisted the Israeli flag in the vicinity as a prelude to seizing the land for the construction of a new colonial settlement.

Located to the southwest of Bani Na‘im, Birin has a population of 160 and is flanked by Bani Haiver colonial settlement from the east and the settler-only bypass Road No. 60 from the west. Its residents were originally expelled from Naqab desert in the south of the country following Israel’s creation in 1948 and now depend on agriculture and livestock as their main source of livelihood.

Yet, Israel is trying to end Palestinian presence in Birin and in the south of the West Bank in its effort to take over the Palestinian land for its settlement schemes.