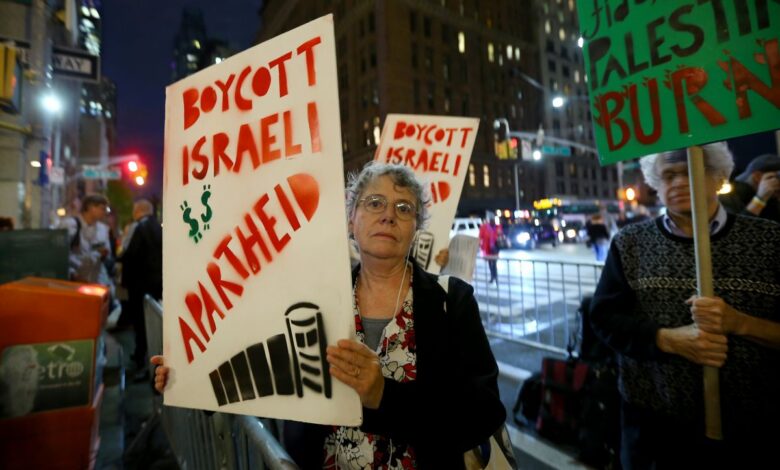 WASHINGTON DC, October 2, 2020 (WAFA) – Two American universities have passed resolutions calling for divestment from Israel, joining the ranks of other universities that have supported the call for Boycott, Divestments and Sanctions of Israeli apartheid.

The University of Illinois at Urbana-Champaign (UIUC) and the Columbia University have joined the rank of a number of other higher education institutions to divest from companies complicit with Israel’s practice of apartheid.

The student body at Columbia University passed a referendum that asked: “Should Columbia University divest its stocks, funds, and endowment from companies that profit from or engage in the State of Israel’s acts towards Palestinians, that according to Columbia University Apartheid Divest (CUAD), fall under the United Nations International Convention on the Suppression and Punishment of the Crime of Apartheid?”

The vote passed by 61 percent in favor of divesting from companies complicit in Israeli crimes against Palestinians, while 27 percent rejected the resolution and another 11 percent abstained, according to the New York-based Jewish Telegraph Agency.

Six days earlier, the University of Illinois at Urbana-Champaign passed a similar resolution calling for divestment from a number of companies over their involvement in human rights abuses in the occupied West Bank and the Gaza Strip.

“This victory means a lot to me, both as a Palestinian and as a UIUC student,” UIUC student and resolution co-author Buthaina Hattab was reported saying by the Middle East Monitor. “There is rampant anti-Palestinian racism among students and faculty, which is emboldened and protected by the university administration.”

Commenting on the victories, the BDS Movement’s North America coordinator Olivia Katbi said: “These campus BDS victories are indicative of the rapidly changing tide we’re seeing across the United States.”