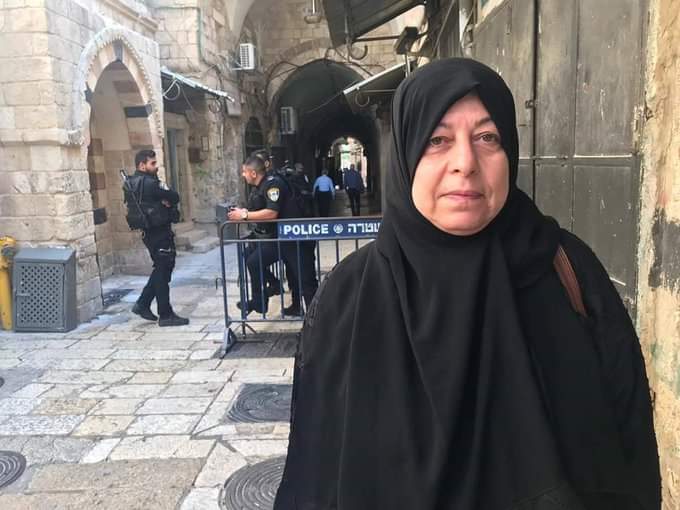 Aida Sidawi outside one of the allies leading to Al-Aqsa Mosque after she was banned by Israel from entering the Muslim holy compound. (File photo)

Witnesses said police raided the home of Aida Sidawi in Jerusalem's old city and detained her. She was taken to the police station at Jaffa Gate.

"The intelligence forces have raided my home and took me to the Qishla," she wrote on her Facebook page. The Qishla is the police station at Jaffa Gate, one of the gates to the old city of Jerusalem.

Sidawi was detained several times in the past for her resistance of Israeli interference in the affairs of Al-Aqsa Mosque and for allowing fanatic Jews free access to the Muslim holy compound. She has been banned by police from entering the walled holy compound for several weeks and months in a row.