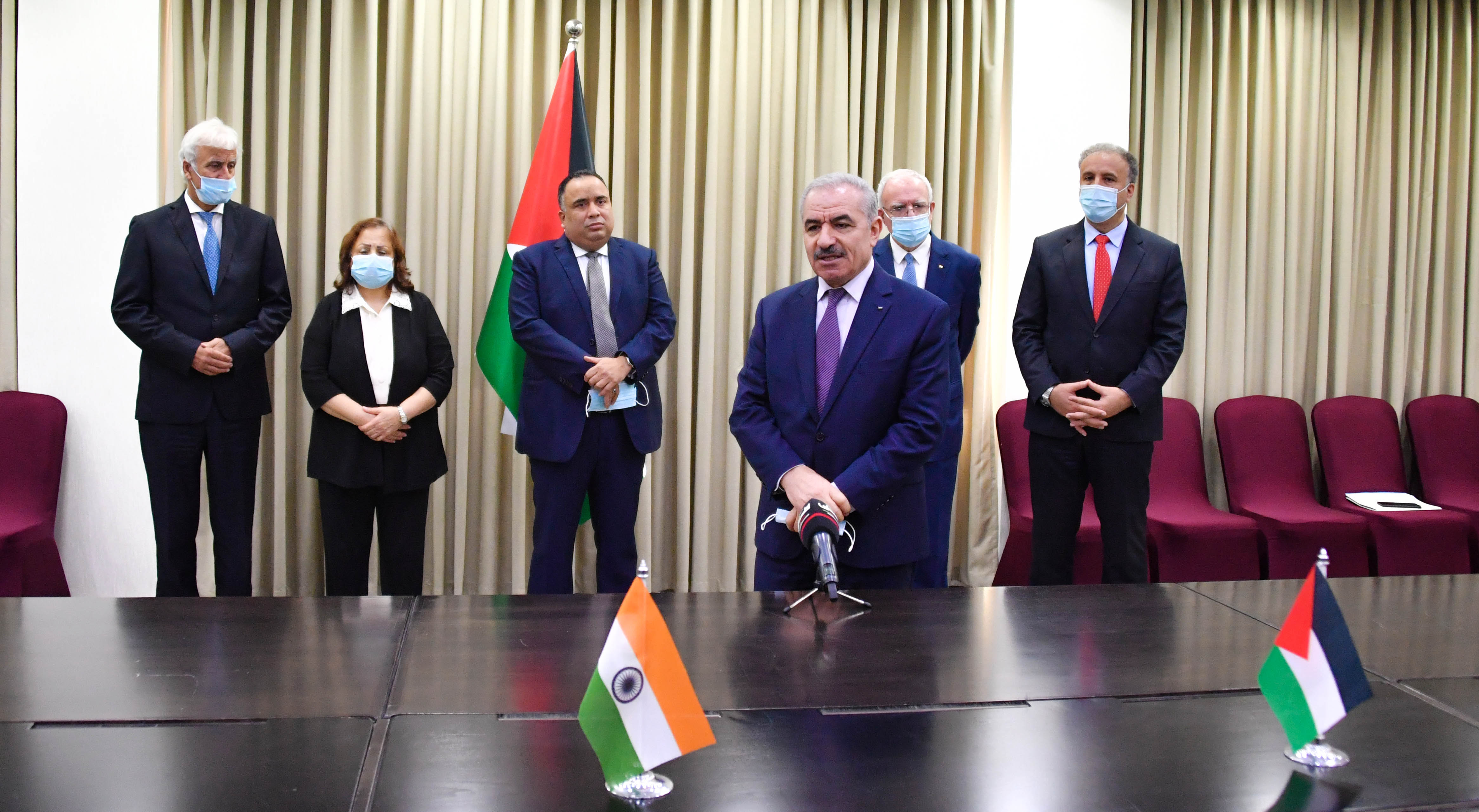 RAMALLAH, Tuesday, September 29, 2020 (WAFA) – As part of India’s developmental partnership with Palestine, protocols to extend previously signed agreements for projects funded by the Government of India were signed today for a value of $36.1 million.

The agreements for project assistance worth $41.35 million were first signed in February 2018 during the historic visit of Indian Prime Minister Narendra Modi to Palestine and intended to build two schools, an additional floor at the Jawaharlal Nehru School in Abu Dis, a super-specialty hospital in Bethlehem, women empowerment center, and the procurement of equipment for the national printing press.

Today's signing ceremony of the protocols took place at the Palestinian Prime Minister's office in Ramallah and in his presence and included a $29 million agreement to establish the Indian hospital in Beit Sahour in the south of the West Bank signed by Minister of Health Mai Alkaila and the Indian Representative to Palestine Sunil Kumar.

The hospital will specialize in orthopedic, pediatric, gynecology, and internal medicine.

The second protocol included $5 million for the National Printing Press and was signed by Kumar and Ahmad Assaf, General Supervisor of the Official Palestinian Media, while the third one for $2.1 million went for building two schools in the north of the West Bank signed by Minister of Education Marwan Awartani.

Foreign Minister Riyad Malki handed Kumar a deed for a plot of land in Ramallah as a gift from the Palestinian Government to India to build its temporary embassy on it until it moves it to Jerusalem after the establishment of the independent Palestinian state with Jerusalem as its capital.

Prime Minister Mohammad Shtayyeh thanked India for its generous support for Palestine, stressing that "our relationship with India has been historic since the time of the late President Abu Ammar (Yasser Arafat) and was continued by President Abu Mazen (Mahmoud Abbas). We hope that the ties of friendship between the two countries will continue."

For his part, Kumar said that "these are grants announced during the visit of the Indian Prime Minister to Palestine. Today we sign these agreements and we will continue to support Palestine at all levels."