Seven people died of coronavirus in Palestine and 420 new cases were recorded, according to Health Minister 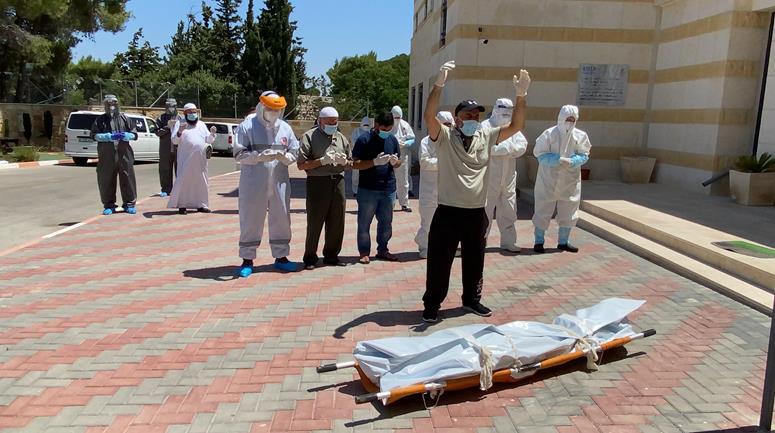 A coronavirus fatality in the West Bank. (File photo)

RAMALLAH, Tuesday, September 29, 2020 (WAFA) – Seven people have died from coronavirus in Palestine in the last 24 hours, 420 new cases were recorded and 827 patients have recovered, today said Minister of Health Mai Alkaila, explaining that the figures exclude East Jerusalem where numbers were not available by the time this report was issued.

She said all seven deaths were in the West Bank and they ranged in age between 42 and 91 years.

Most of the new corona cases were in the Gaza Strip, which reported 85 new cases, followed by Hebron with 77 cases then Ramallah with 59. Bethlehem had 45, Nablus 39 and Jordan Valley 36.

A total of 150 corona patients have recovered in the Gaza Strip, 338 in Jerusalem district villages, Hebron 129 and Nablus 82.

According to the Minister, 41 patients remain in intensive care, including 16 who are on ventilators.