Premier: Holding elections and strengthening home front is a priority to face the challenges 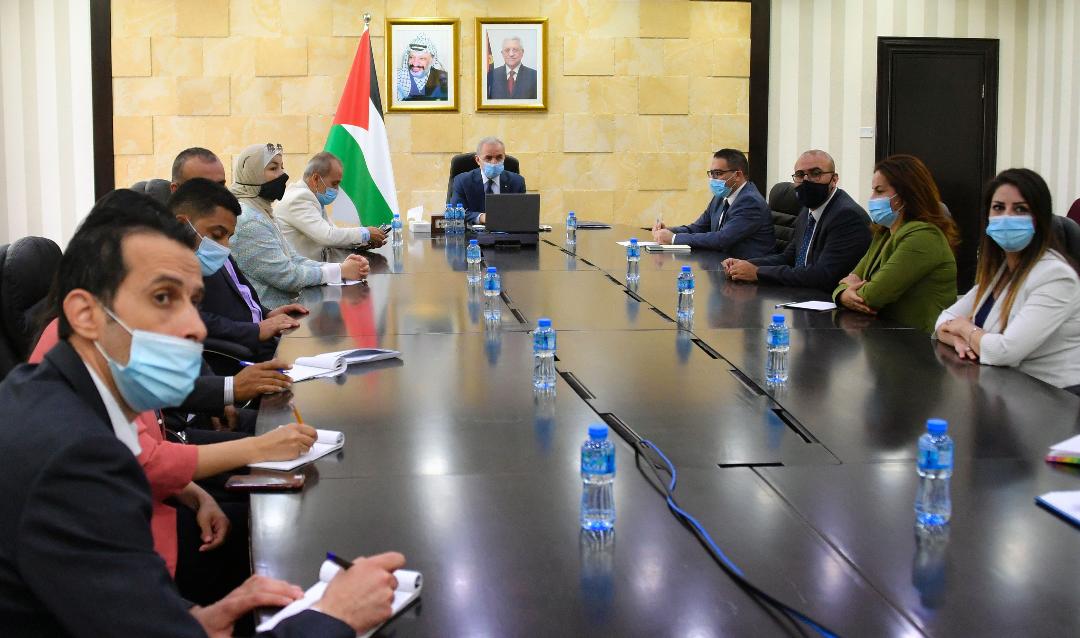 RAMALLAH, Sunday, September 20, 2020 (WAFA) - Prime Minister Muhammad Shtayyeh said today that the condition of the endurance of the Palestinian cause and enhancing the political program lies in the elections, promising to do everything possible to facilitate it.

He told a delegation from the Independent Commission for Human Rights he met at his Ramallah office that in light of the current difficult and complicated political situation facing the Palestinian cause, in addition to Arab normalization of relation with Israel, "our priority is to strengthen our home front to face all challenges."

The Prime Minister reiterated the importance of preserving and promoting freedom of opinion and expression, accepting constructive criticism and building on it, and combating corruption in all its forms, noting that the Anti-Corruption Commission has referred 95 corruption files to the Attorney General this year.

Shtayyeh also discussed with the delegation many issues on top of which was the fight against the chaos of arms in the Palestinian areas that claimed the lives of many people, indicating that the security establishment was instructed to make all efforts to eradicate this phenomenon.

For its part, the delegation appreciated the trend towards holding elections as national demand for renewing the legitimacy of the institutions, and thanked the government's support for the Independent Commission for Human Rights, considering that this support reflects the extent of its respect for human rights and the role the Commissin plays in Palestinian society.