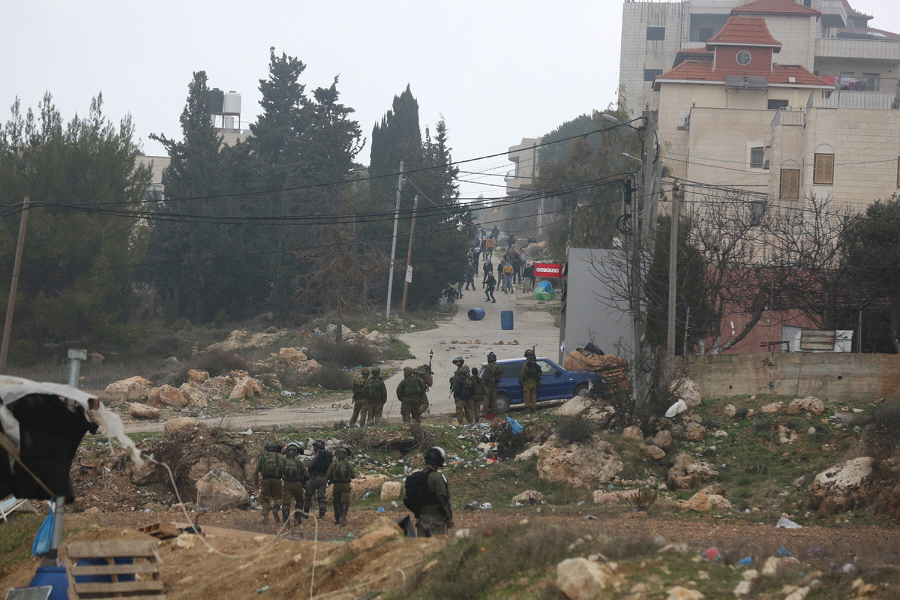 RAMALLAH, Monday, September 14, 2020 (WAFA) – The Unified Palestinian National Leadership for Popular Resistance with a goal to lead resistance in the occupied territories against the Israeli occupation and the normalization of relations between Arab states and Israel yesterday launched its first program of action.

It said in its first communique that following the decisions of the meeting of the leaders of the Palestinian factions held in Ramallah and Beirut on September 3, the unified leadership was formed with a goal to launch “a comprehensive popular struggle that begins and will not end with the completion of the national independence of the State of Palestine and Jerusalem as its capital.”

It said it will lead the popular resistance struggle in the occupied territories against the American so-called deal of the century and to defeat “the agreements of shame and betrayal concluded by the rulers of the United Arab Emirates and Bahrain” with Israel.

It also called on Palestinians, Arabs, Muslims and the democratic forces to demonstrate in front of the US, Israel, UAE and Bahrain embassies to denounce the agreements.

It called for making Friday, 18 September, a day of mourning over the agreements to be accompanied by events at points of contact with Israeli occupation forces in the West Bank.