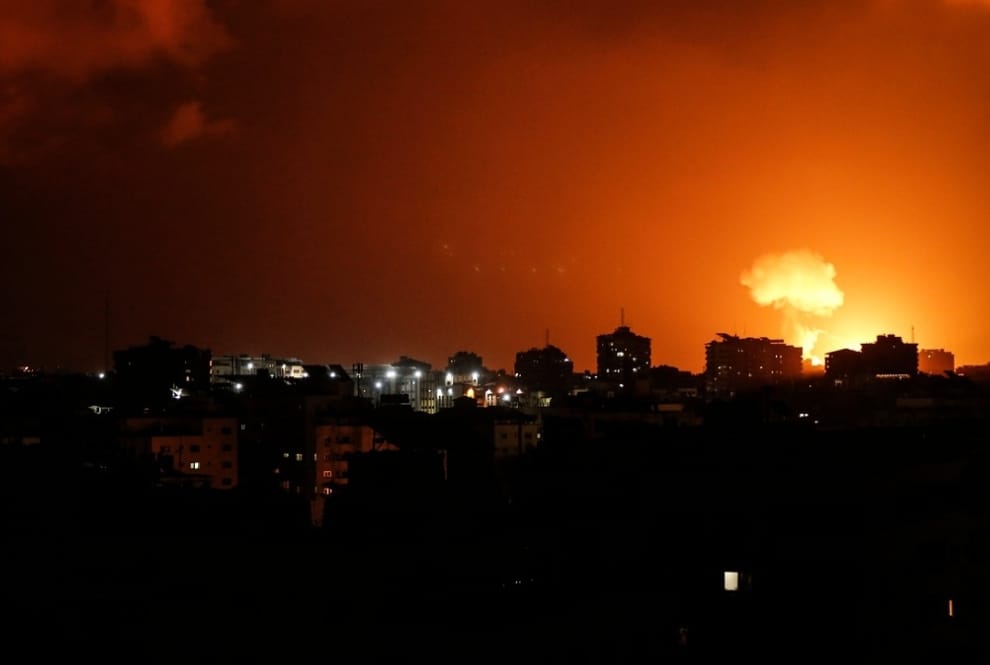 GAZA, Monday, August 24, 2020 (WAFA) – Israeli warplane and artillery bombed early this morning a couple of sites in the south of the besieged Gaza Strip causing damage but no human casulties, according to WAFA correspondent.

He said that a warplane fired three missiles at a site northeast of Khan Younis causing a deep hole in the ground. No human casualties were reported, however.

Meanwhile, Israeli artillery fired a number of shells at a site to the east of Rafah, destroying it and setting it on fire without causing human injuries.

Intermittent Israeli areal, land and sea attacks on the impoverished and devastated Gaza Strip have continued for the second week in a row under the pretext of retaliation to rocket and incendiary balloon attacks from Gaza into Israel.

Israel has also tightened the 13-year long blockade on Gaza by banning entry of all sorts of goods, mainly fuel, disrupting daily life.