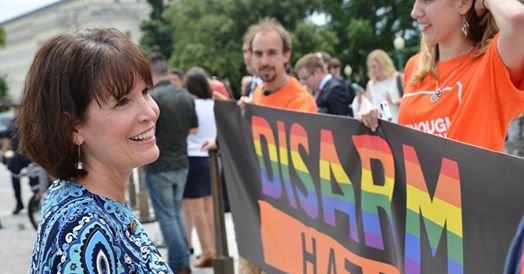 McCollum thanked the members of Congress for signing on as original co-sponsors of the bill and “for your shared commitment to promoting human rights and a peaceful future for all Israelis and Palestinians.”

“Palestinians and Israelis deserve peace, security, equality, and justice. Annexation is antithetical to these goals,” she said, adding, “I reject Israeli annexation. I condemn annexation. And I will work to ensure the US does not support, defend, or legitimize any plan to illegally annex Palestinian lands.”

The US Congresswoman said reports of annexation being "off the table" cannot be taken at face value, quoting a senior Israeli political source saying: "The Trump administration requested to temporarily suspend the announcement of annexation".

This suggests that “per usual, the Trump administration is lying and cannot be trusted.”