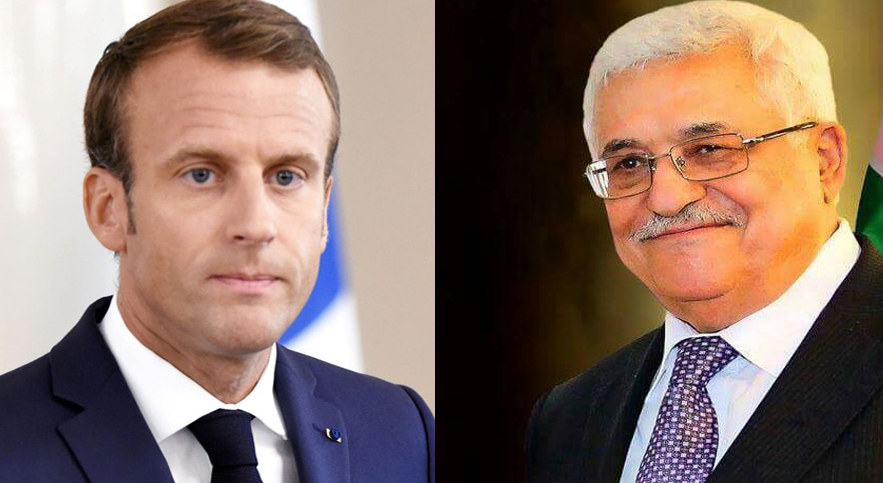 Macron said that his country welcomed the agreement because it will contribute to pushing the peace process forward, reiterating the need to reach a political solution in accordance with the two-state solution and international law.

He added that he had previously spoken with Israeli Prime Minister Benjamin Netanyahu against the annexation plans, considering it a unilateral action that further complicates the situation, and reaffirming France’s position towards achieving peace based on United Nations resolutions and international law.

For his part, President Abbas thanked Macron for his stances in support of the Palestinian people, appreciating his visit to Lebanon, and his standing by the Lebanese people at this difficult time.

Regarding the tripartite agreement, President Abbas explained to the French President the reasons for rejecting it, stressing that neither the Emirates nor any other country has the right to speak on behalf of the Palestinian people, adding that in the event that any other Arab country takes a similar step, we will take the same position that we have taken towards the Emirates, and will not accept using the Palestinian cause as an excuse for normalization of relations or for any other reason.

President Abbas added that Netanyahu has explicitly affirmed that the annexation is still on the table and that what has been accomplished is a temporary suspension, stating that we have repeatedly rejected the so-called US deal of the century, the annexation of Jerusalem and Palestinian lands because that means giving up on Jerusalem, the Jordan Valley, and the Dead Sea, along with 33% of West Bank land, which he stressed will never be accepted by the Palestinian people and leadership.

Abbas further reaffirmed the Palestinian commitment to negotiations based on UN resolutions.

After listening to Abbas, Macron expressed his deep understanding of Abbas' position, stressing that what has been done should not be underestimated.

Macron invited President Mahmoud Abbas to meet with him in Paris in the near future to continue discussions on the overall situation related to the Palestinian issue.