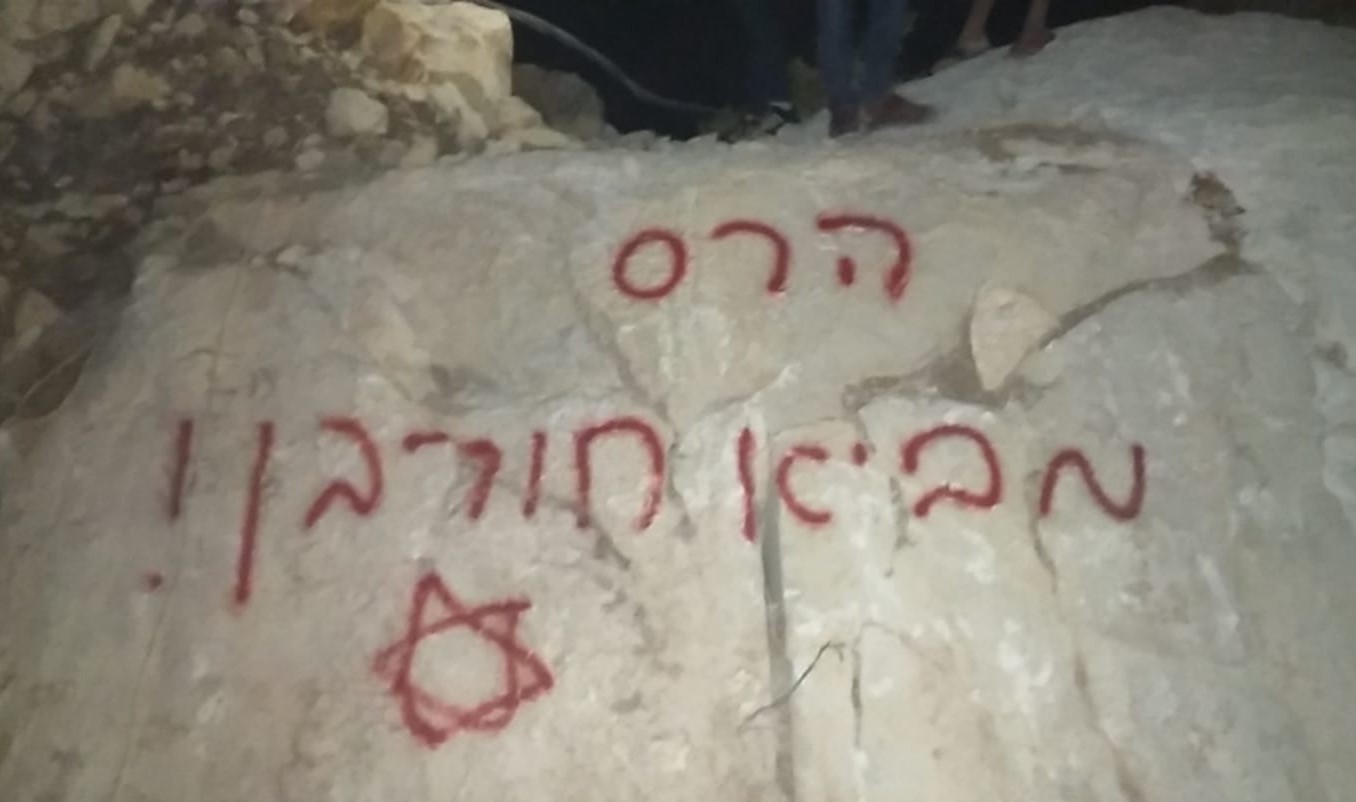 Ghassan Daghlas, an official who monitors settlements in the northern West Bank, said that some 20 Israeli settlers sneaked into the village during the night, set fire to a bulldozer and spray-painted hate graffiti threatening vandalism of Palestinian property.

He said the settlers, who came from Yitzhar, an illegal settlement inhabited by hardcore fanatic Jews, attacked a house situated on the outskirts of the village.

The villagers managed to fend off the settlers’ attack, prompting confrontations with Israeli occupation forces who provided protection to the settlers.

The soldiers fired a barrage of stun and tear gas grenades towards the villagers and their houses, causing several to suffocate.

Meanwhile, Israeli settlers slashed tires of three Palestinian vehicles in the Salfit-area village of Yasouf in the north of the West Bank after sneaking into the village during the night, according to local sources.

Settler violence against Palestinians and their property is routine in the West Bank and is rarely prosecuted by the Israeli occupation authorities.