Dalia, a mother of two children, departed this world after she was hit by an Israeli bullet 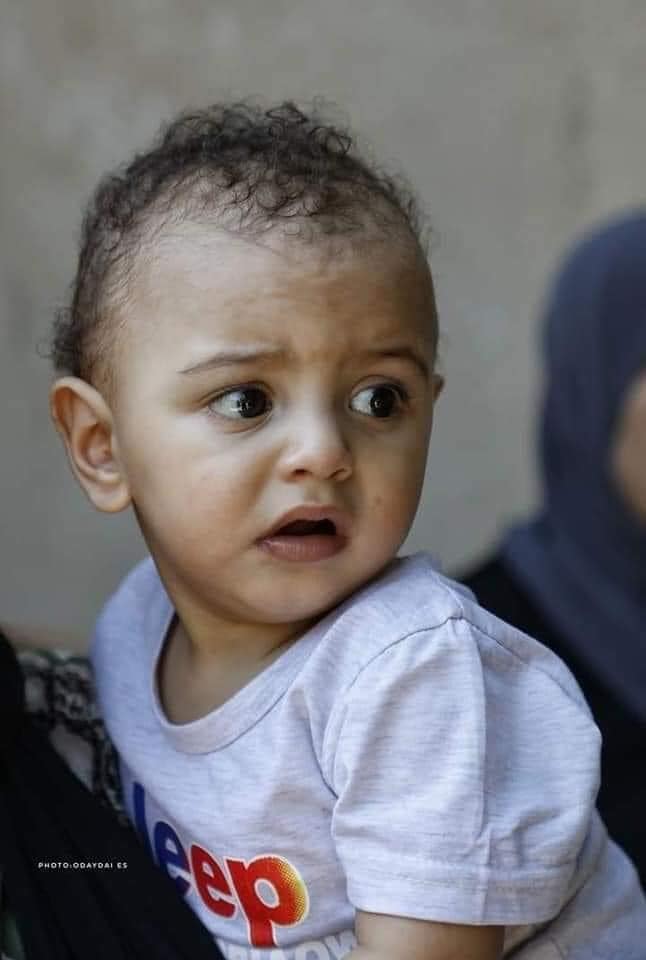 JENIN, Saturday, August 08, 2020 (WAFA) - “I am hit, Bassem. Take care of the children.” These were the last words that Dalia Smoudi, 23, yelled to her husband before she fell on the ground, bleeding after she was hit by a fatal Israeli bullet in the chest that penetrated the liver, pancreas and artery.

Friday at dawn, when Dalia, the mother, was preparing a feed for her child, a bullet surprised her. She did not know that her yelling to close the windows of her house for fear her 4-month-old baby, Iyas, and his brother, Siraj, who is a year-and-a-half, would inhale the toxic teargas fired by the Israeli occupation forces during confrontations that broke out in their neighborhood in the northern West Bank city of Jenin will be her last.

Dalia's father, Ahmad Istiti, himself a former prisoner who spent several intermittent years in the prisons of the Israeli occupation, told WAFA, with pain in his heart: "I had Dalia while I was a prisoner in the occupation jails in 1996, and I named her Dalia (grapevines) as a reflection of my belonging and love for Palestine, its land and its grapes."

He added, "The cold-blooded murder of my daughter is not the first and it will not be the last. It is a systematic policy by the occupiers against our women, children and elderly people while they are in their homes without any real deterrent that would stop this tragedy that is repeated continuously."

Dalia did not pose a threat to the occupiers when she was shot, he said, adding that, the unruliness of the soldiers was evident when they opened fire at the Red Crescent ambulance that came to save her life, hitting it with two bullets.

"Why was my niece murdered?" wondered Dalia's uncle, Omar. "She was martyred while holding her two children, trying to protect them from the bullets of the occupation forces and the teargas canisters they were madly shooting everywhere, as usual, without any consideration for anyone's life."

Dalia's grieving mother, still under shock, had only to call on her daughter not to leave them. "Don't go away, Dalia. Stay with us," she said as she wept by her side while getting ready to bury her.