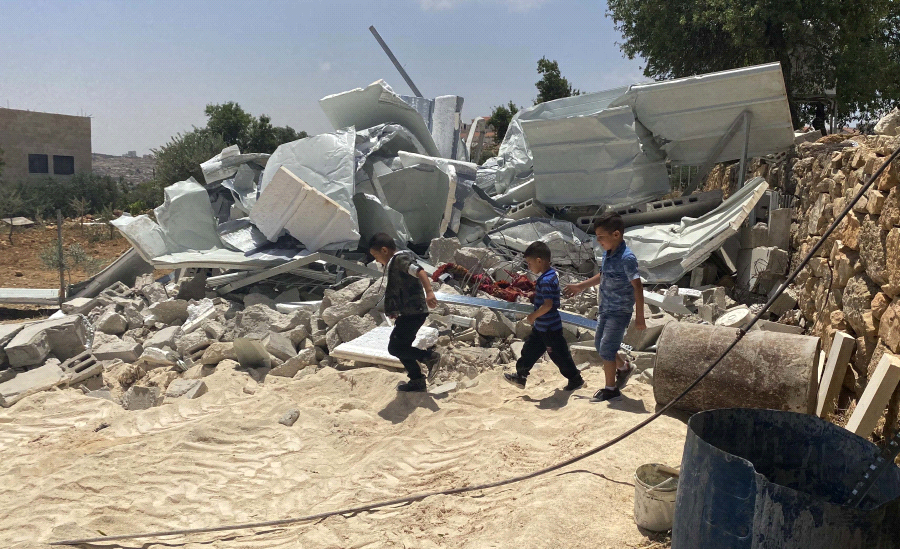 Rateb Jabour, from the anti-wall, anti-settlements popular committees in the south of the West Bank, told WAFA that Israeli bulldozers demolish two Palestinian-owned houses in the village of Lesfayier, southeast of Yatta, under the pretext that they were built without a permit.

He added that the two houses are inhabited by more than 10 people, noting that their owners have the legal documents that prove their ownership of the lands on which the houses were built, which are close to the illegal Israeli settlement of Beit Yatir.