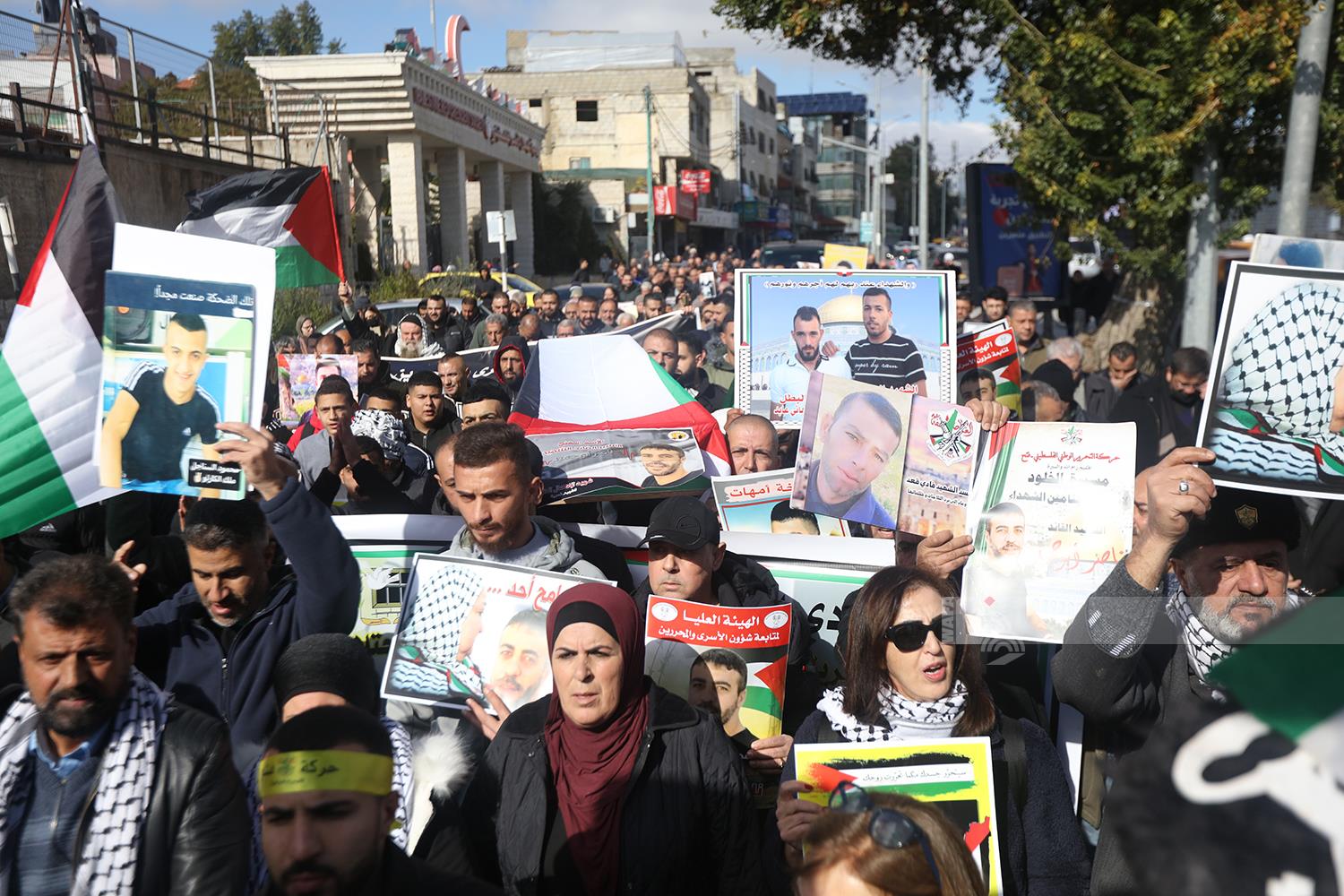 RAMALLAH, Tuesday, December 27, 2022 (WAFA) – A march of hundreds of Palestinians that started today at Amari refugee camp heading to Qalandia checkpoint, south of Ramallah, demanding Israel releases bodies of Palestinians killed and withheld by its forces, was crushed as soon as it arrived at the checkpoint, according to WAFA correspondent.

Several hundred Palestinians heeded calls to gather at Amari refugee camp, home of Nasser Abu Hmaid who died while incarcerated in Israeli prisons last week following a year-long battle against cancer but whose body was kept by the army, and then marched to the Israeli army-manned checkpoint between Ramallah and Jerusalem in order to demand the return of the body of Abu Hmaid and dozens of other Palestinians withheld by Israel for several months and years.

However, as soon as the march arrived at the Qalandia checkpoint, the soldiers showered it with tear gas canisters causing suffocation cases and disrupting traffic through the checkpoint.

Palestinians have been holding protests throughout the West Bank demanding that Israel releases the withheld bodies so that their families can bid them farewell and bury them in proper cemeteries.