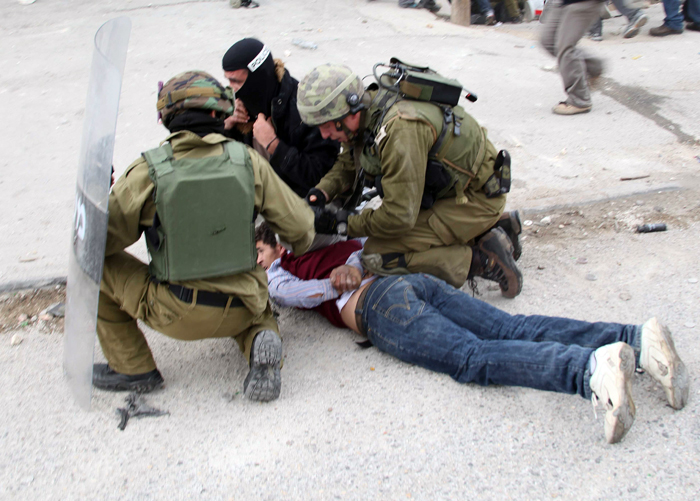 They said that Israeli forces rounded up two Palestinians and ransacked the houses of their families in Ni'lin town, west of the city of Ramallah.

In the southern West Bank, a convoy of army vehicles stormed Aida refugee camp, north of the city of Bethlehem, where the soldiers detained another.

The sources confirmed that another was forced to turn myself to the soldiers manning the permanently-staffed Checkpoint 300 checkpoint, north of the city, a day after some of his family members were detained.

In Hebron district, the gun-toting soldiers showed up at a house in Idhna town, west of the city, broke inside, conducted a thorough search and eventually detained another.

In the northern West Bank, the soldiers conducted a raid in Jaba‘ village, southwest of the city of Jenin, resulting in the detention of another.

They also barged their way into Ya‘bad town, west of the city, and re-arrested a former prisoner.