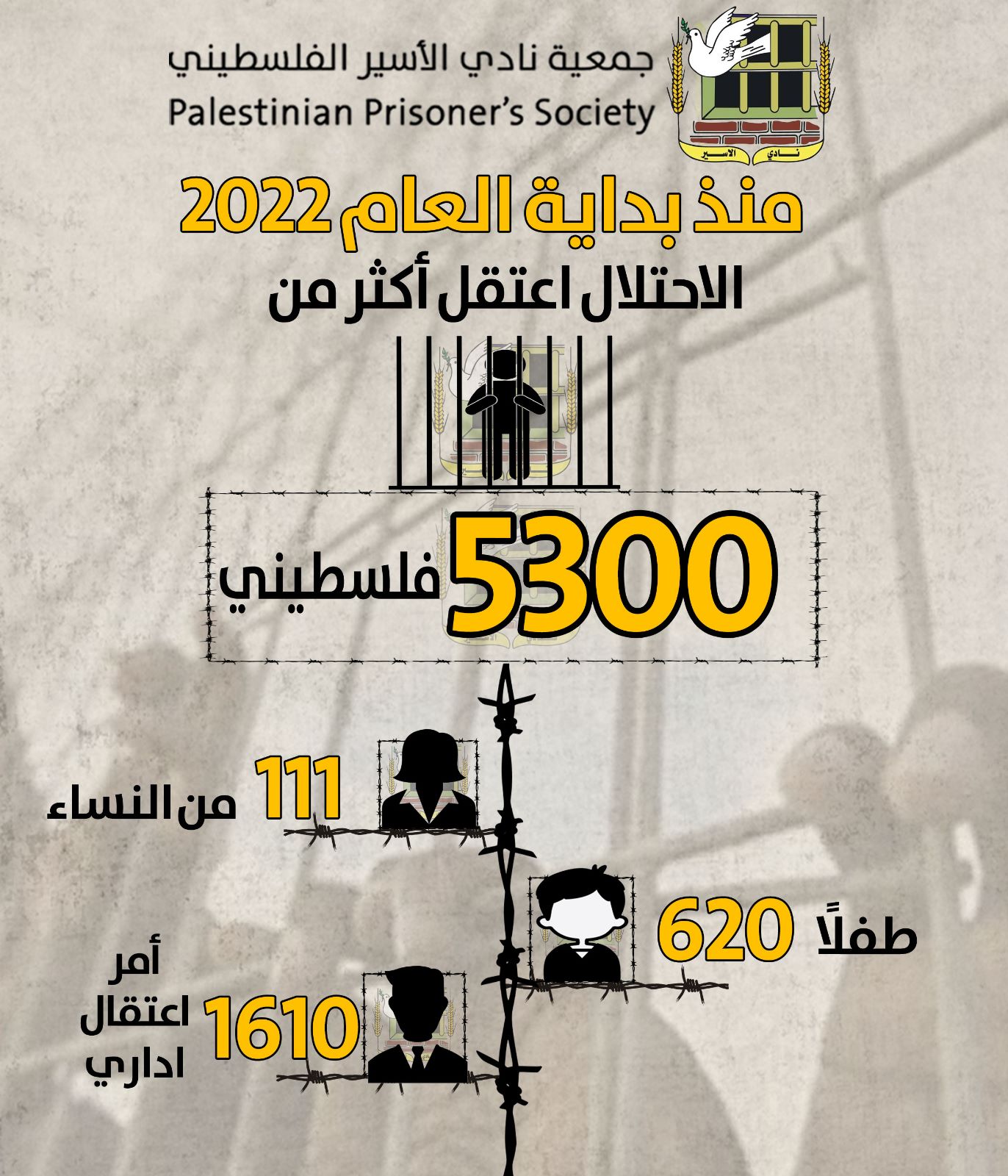 The PPS said that as the Israeli soldiers raid cities, towns and refugee camps to detain activists, many Palestinians were killed in the process by army bullets making the number of field executions this year the highest compared to the past few years, not to mention imposing collective punishment on entire towns and refugee camps.

At the same time, it said, the occupation forces have this year intentionally caused heavy damage and material loss during raids of the homes of the families of the detainees considered higher than in previous years.