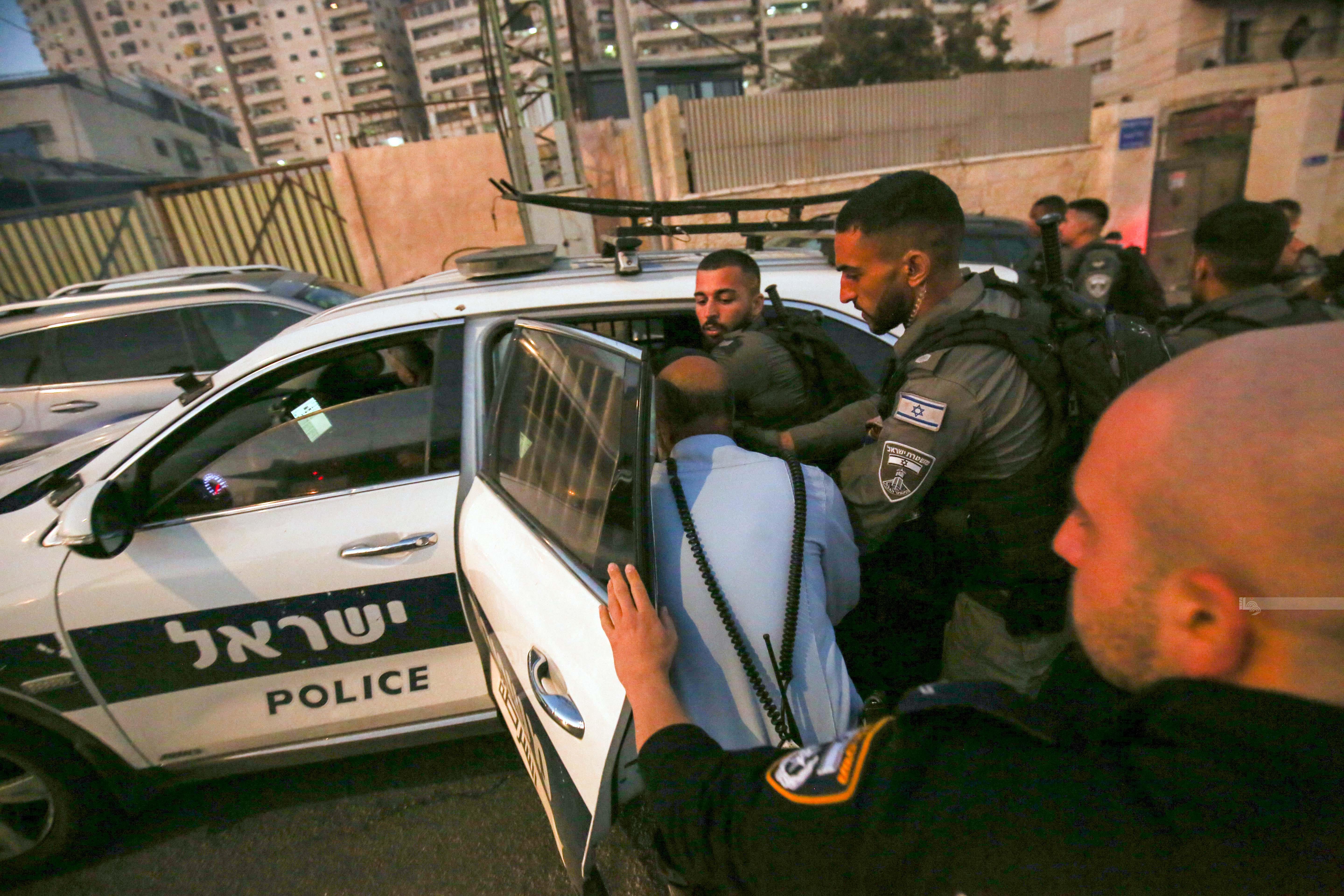 They said that Israeli forces rounded up 18 Palestinians from various parts of Jerusalem district.

As part of the Jerusalem raids, the gun-toting soldiers detained four people and ransacked their houses in Qalandia refugee camp, north of Jerusalem.

They also barged their way into Anata town, northeast of the city, muscled inside several houses, conducted thorough searches and eventually detained three others, including two members of the Tamimi family.

This came as a sizable police force rounded up 11 others in a raid that triggered violent confrontations in al-Issawiya neighborhood.

On Thursday afternoon, police brutally beat two others and detained them from al-Thuri neighborhood of Jerusalem.

In the southern West Bank, the sources confirmed a raid in Dheisha refugee camp, south of Bethlehem, resulting in the detention of another.

The soldiers conducted a similar raid in the Bethlehem city neighborhood of As-Saff, leading to the detention of another.

Still in the southern West Bank, the heavily-armed soldiers showed up at a house in the city of Hebron and detained another.

The soldiers manning one of the permanently-staffed checkpoints blocking Shuhada Street in the Old City stopped and detained another.

The detainee was identified as a resident of Beit Kahel village, northwest of the city.

In Nablus district, a conoy of military vehicles stormed Huwara town, south of the city, where the soldiers brutally assaulted a Palestinian, inflicting bruises across his body and detained his 18-year-old son.

Elsewhere in the northern West Bank, the soldiers showed up at several houses in Kafr Dan village, northwest of Jenin, went inside and ransacked them, inflicting significant material losses and eventually detained another.