Presidency: Israel is launching an all-out war on our people 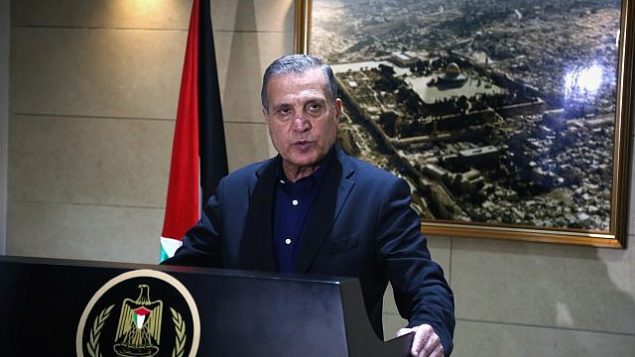 RAMALLAH, Saturday, October 08, 2022 (WAFA) – Nabil Abu Rudeineh, spokesman for President Mahmoud Abbas, said today that our Palestinian people are facing an all-out Israeli war that did not stop for a single moment, the latest episode of which was the killing of four Palestinian teenagers by Israeli occupation forces during the past 24 hours in Qalqilya, Ramallah and Jenin.

"The Israeli occupation government is delusional when it believes that the killing of dozens of our people, the injury of hundreds, the destruction of dozens of homes and the continuation army-protected settler attacks will bring security and stability," said Abu Rudeineh. "It must be aware that our steadfast people will remain committed to their rights and national principles, defending their land and sanctities at all costs."

He added, "We remind them [Israelis] that the continued disregard for our people and their security is the decisive factor for us to complete the implementation of the PLO Central Council’s decisions, not only at the International Criminal Court, but in all international forums and without exception. It is no longer acceptable to continue allowing the occupation to buy time to achieve its goals of destroying the Palestinian national project."

He pointed out that the Israeli escalation "will push matters towards an explosion and a point of no return, which will have devastating consequences for all."

"Practical steps to transform President Mahmoud Abbas' speech at the United Nations into an action plan have begun, and a clear work mechanism has been established and priorities are set to begin with in order to protect the rights of our people," said Abu Rudeineh.

He concluded, "We call on the US administration to implement its promises to stop all unilateral measures, and to exert serious pressure on Israel to stop its all-out war against our Palestinian people before it is too late, especially since condemnations alone are no longer sufficient. It is no longer acceptable to deal with double standards under any circumstance."