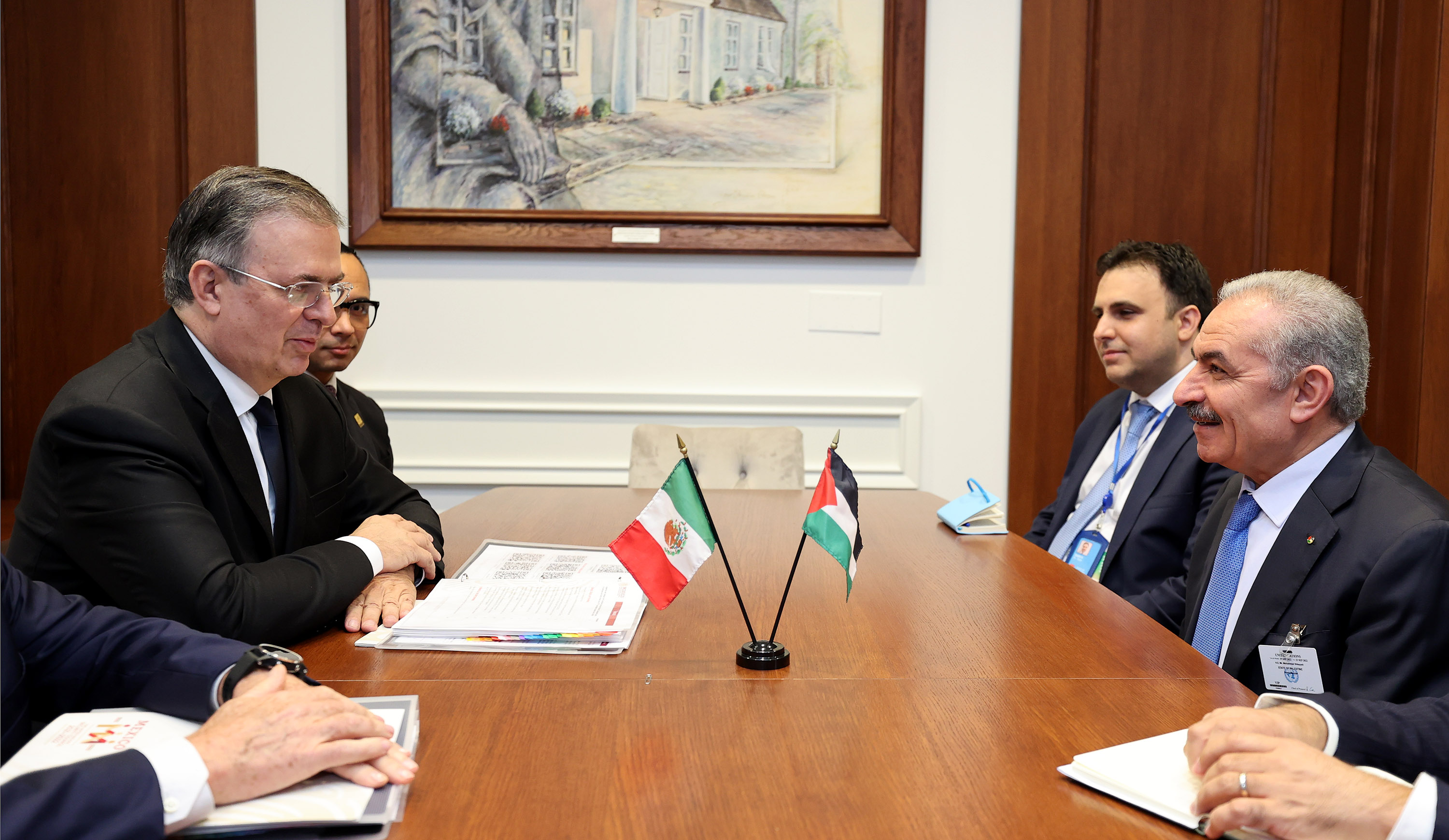 During a meeting with Mexican Foreign Affairs Minister Marcelo Casaubón, held on the sidelines of the Ad Hoc Liaison Committee (AHLC) at the UN Headquarters in New York, Premier Shtayyeh tackled the necessity that states worldwide recognize the State of Palestine in order to safeguard the two-state solution in line with international law and relevant United Nations resolutions.

He urged Foreign Minister Casaubón to translate into reality his country’s belief in the two-state solution by recognizing the State of Palestine on the pre-1967 borders, with East Jerusalem as its capital, and to support Palestine’s bid for full membership of the United Nations.

He briefed him on the Palestinian efforts to mobilize political support for recognizing the State and secure an international vision to maintain the two-state solution as a collective responsibility.

He pointed that the incessant Israeli occupation measures, including colonial settlement construction, land grab, daily raids and the 15-year siege on the Gaza Strip, lead to the erosion of the two-State solution and further worsening of the political and economic situation.

Commenting on the need to hold elections, he said that while Israel was arranging for elections, it has been depriving the Palestinian people from exercising their right to practice the democratic process by banning elections in Jerusalem. He called for putting genuine international pressure on Israel to enable the holding of elections throughout the occupied territories, including East Jerusalem.

Shtayyeh concluded by commending the friendly relations between Palestine and Mexico as well as Mexico’s ongoing political support to Palestine in international forums.