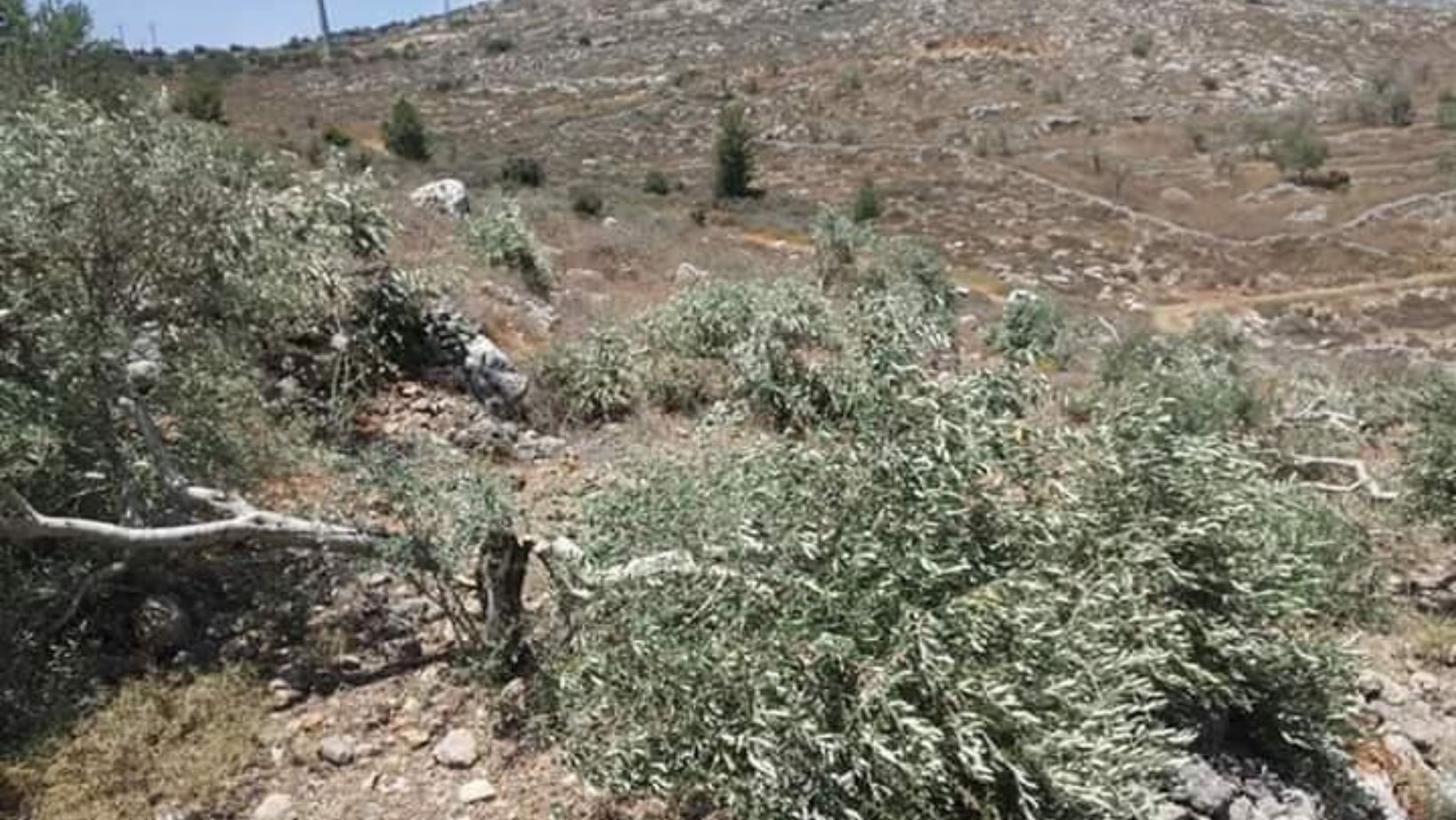 SALFIT, Wednesday, September 21, 2022 (WAFA) – Israeli occupation forces today razed large tracts of land belonging to the town of Az-Zawiya to the west of Salfit and chopped down dozens of olive trees for the benefit of a project serving Israel’s national water company, Mekorot, according to a local official.

Deputy mayor of Az-Zawiya, Anees Shuqair, told WAFA that Israeli forces proceeded today to level large tracts of land located at the northern entrance of the town of Az-Zawia, in order to lay water pipes for the exclusive benefit of Israel’s Mekorot company. The water pipes will link two illegal settlements; the settlement of Ariel with the settlement of Elkana to the east and northwest of the town, respectively.

He noted that a total area of 40 dunums of land will be affected by this Israeli project.

According to a report published by the Palestinian human rights organization, Al-Haq, Mekorot, Israel’s national water company, extracts an amount of water from the OPT that exceeds the usufruct rule of The Hague Regulations and is, thus, in violation of international humanitarian law (IHL).

“By illegally appropriating large water quantities from Palestinians, Mekorot’s actions may amount to the war crime of pillage. Mekorot’s drilling of illegal wells, along with TAHAL’s infrastructural support, serves illegal Israeli settlements with an unlimited supply of water, while simultaneously restricting water supply for Palestinian communities in the same region. This sustains the transfer of a foreign population into the OPT, constituting a violation of Article 49 of the Fourth Geneva Convention. Through these actions, Mekorot, and many other corporations, blatantly violate Palestinians’ means of subsistence, a violation of Article 1(2) of the International Covenant on Civil and Political Rights and Article 1(2) of the International Covenant on Economic, Social, and Cultural Rights,” it said.