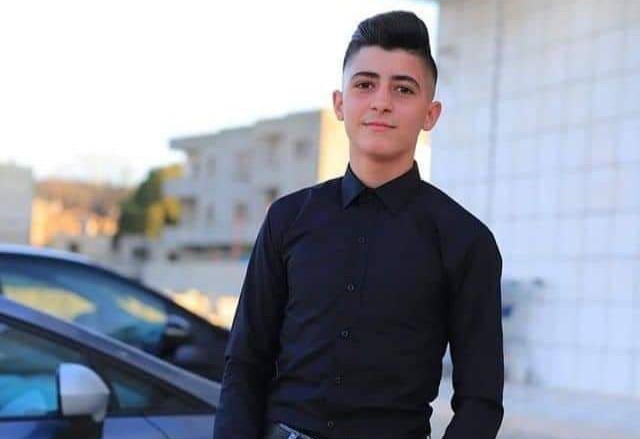 JENIN, Thursday, September 15, 2022 (WAFA) – Israeli forces Thursday morning gunned down a Palestinian teen and injured three others in the village of Kufr Dan, west of Jenin, according to medical sources.

Director of the Jenin-based Khalil Suleiman Government Hospital, Wesam Bakr, said that 17-year-old Oday Salah was killed by a bullet to the head fired by the Israeli occupation soldiers during a raid in the northern West Bank village.

A sizable army force barged its way into the village and deployed snipers at the rooftops of civilian buildings.

The gun-toting soldiers stormed the family houses of Ahmad and Abdul-Rahman Abed in order to map out them ahead of a planned punitive demolition.

Ahmad and Abdul-Rahman killed an Israeli army soldier in a firefight near the village of Jalamah and were slain afterwards on early Wednesday morning.

The soldiers subjected the families of Ahmad and Abdul-Rahman to harsh interrogation for several hours, ransacked the houses and eventually detained two of their relatives.

During the ensuing confrontations, the soldiers opened fire at local young men who attempted to block their passage and protested the raid in several parts of the town, killing Salah and injuring three others.

One of the three casualties sustained life-threatening wounds after the soldiers shot him in the back, and the two others were moderately injured.

Palestine TV has reported that the Israeli attack and the intensity of the gas bombs and concussion grenades caused a fire in one house.

According to the Health Ministry, a total of 149 Palestinians have been killed since the start of 2022, including 34 Palestinians from Jenin  district.