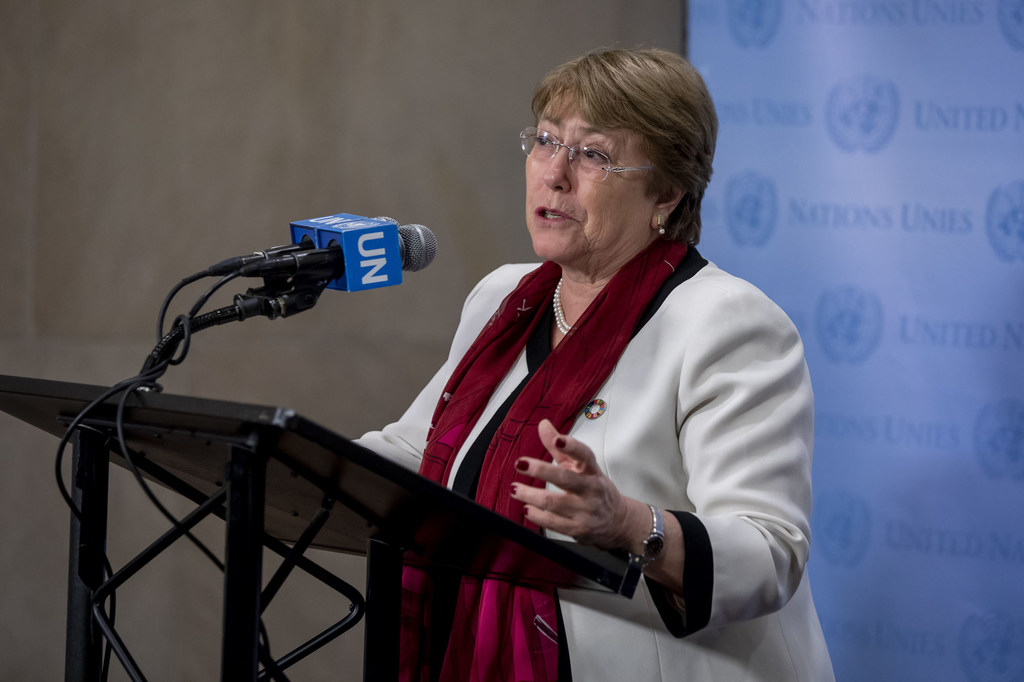 GENEVA, Tuesday, August 30, 2022 (WAFA) – The UN High Commissioner for Human Rights, Michelle Bachelet, said today that Israel’s refusal to issue or renew visas for UN Human Rights staff in the occupied Palestinian territory will not prevent the Office from continuing to monitor and report on the human rights situation on the ground.

“In 2020, the 15 international staff of my Office in Palestine – which has been operating in the country for 26 years – had no choice but to leave,” said Bachelet. “Subsequent requests for visas and visa renewals have gone unanswered for two years. During this time, I have tried to find a solution to this situation, but Israel continues to refuse to engage.,” she said in a statement.

As a Member State, Israel must cooperate in good faith with the UN and grant its officials the privileges and immunities necessary for them to independently exercise their functions. This includes an obligation to exempt UN officials from immigration restrictions and to deal with applications for visas for UN officials as speedily as possible, said the UN High Commissioner.

“Israel’s failure to process visa applications that are necessary for my staff’s access is inconsistent with these standards, and I call on the Government to meet its international obligations in this regard,” the UN Human Rights chief said.

Bachelet said that barring the UN Human Rights Office’s international staff occurred in a context where Israeli authorities are increasingly limiting human rights “eyes and ears on the ground”. There is a growing roll call of UN staff and mechanisms, non-governmental organizations, and others being expelled or refused entry.

“Israel’s treatment of our staff is part of a wider and worrying trend to block human rights access to the occupied Palestinian territory,” Bachelet said.

“This raises the question of what exactly the Israeli authorities are trying to hide,” she added.

Last year, Israeli Forces killed 320 Palestinians, a 10-fold increase on the number killed in 2020, and injured 17,042 people, six times the 2020 figure. The UN recorded the highest number of incidents of settler violence since recording began in 2017, and arrests of Palestinians doubled. So far in 2022, Israeli forces have killed at least 111 more Palestinians, read the statement.