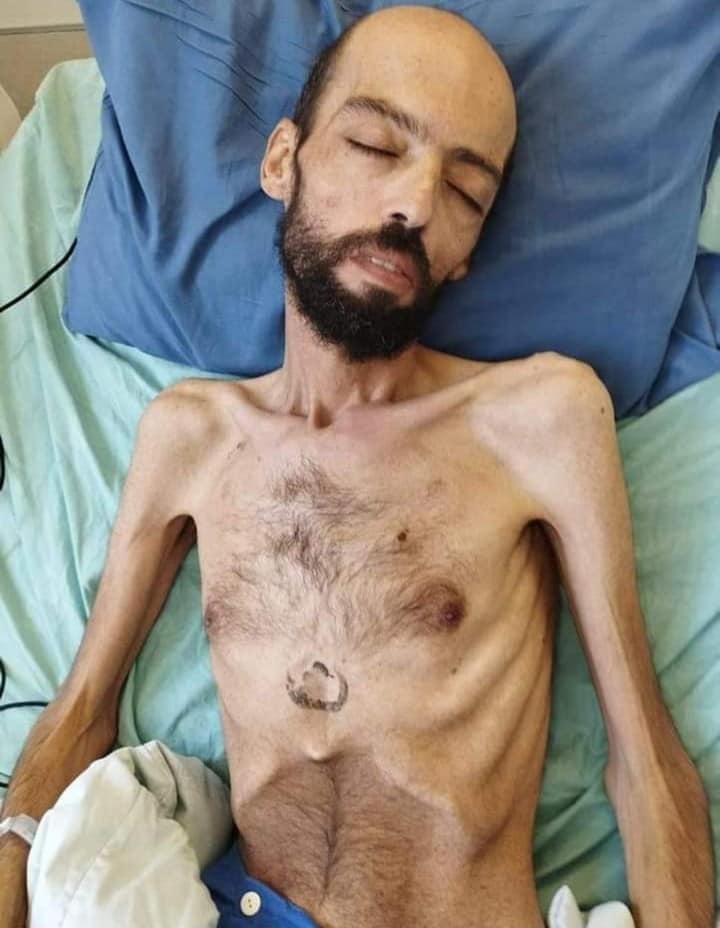 RAMALLAH, Sunday, August 28, 2022 (WAFA) – Palestinian prisoner Khalil Awawdeh, 40, remains on hunger strike today for 169 days in protest of his detention without charge or trial by the Israeli occupation authorities.

Two other detainees, Ahmad Musa, 44, and his brother, Addal, 34, have also been on hunger strike for 21 days in protest of their detention without charge or trial by the Israeli occupation authorities.

According to his wife and lawyer, Awawdeh is in a terribly difficult health condition after 169 days of hunger strike. He has also lost half of his weight, and is speaking with extreme difficulty.

Awawdeh, 40, from the town of Idna in the southern West Bank district of Hebron, broke a 111-day fast last month after being reassured by Israeli prison authorities that his administrative detention would not be renewed, but he resumed the hunger strike a week later after the occupation authorities reneged on their promise not to end his unfair detention order.

Three weeks ago, the Israeli military court of Ofer allowed his lawyer and a physician to visit him for the first time in order to prepare a medical report about his health condition and submit it before the court next Sunday to look into his release.

The father of four has been in jail since 27 December 2021, and has been placed in administrative detention, without charge or trial, ever since.