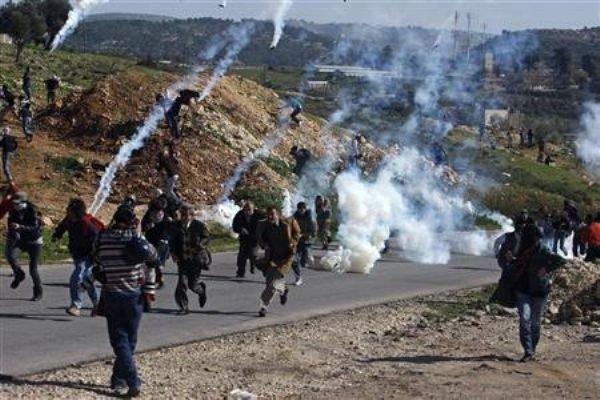 NABLUS, Friday, August 26, 2022 (WAFA) – A number of Palestinians Friday suffered from suffocation after Israeli forces supressed an anti-settlement protest in the village of Beit Dajan, to the east of the occupied West Bank city of Nablus, sources confirmed.

Ahmad Jibril, director of the ambulance service with the Red Crescent in Nablus, told WAFA that 18 Palestinians suffered from soffucation due to inhaling tear gas bombs fired at them by the Israeli soldiers, adding that they were all treated locally.

Meanwhile, clashes broke out between Israeli forces and Palestinians in the village of Beita, to the south of Nablus.