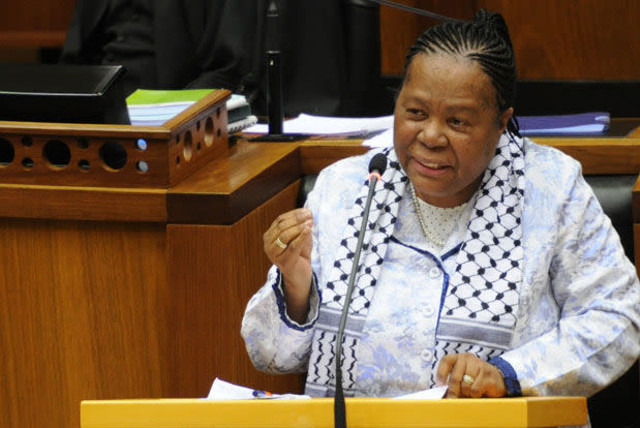 “How many more reports do we need that call Israel out on their unfair treatment of Palestinians and point out that Israel is implementing apartheid?” the Minister asked, referencing reports issued by Israeli human rights organizations, Human Rights Watch, Amnesty International, United Nations Special Rapporteurs, and the first report of the International Commission of Inquiry to Investigate Violations in the Occupied Palestinian Territory, including East Jerusalem. Minister Pandor’s comments were made in her opening address to the Palestinian African Heads of Mission conference on 26 July in Pretoria.

The South African BDS Coalition said in a statement, “We are pleased that the South African government has finally reached this conclusion, recognizing Israel’s apartheid crimes, and we reiterate Pandor’s unequivocal view that “strong action to support Palestine must be taken by the UN, and a committee on apartheid should be established under the auspices of the UN General Assembly”.

The SA BDS Coalition, together with the global Boycott Divestment and Sanctions (BDS) movement, urged the government of South Africa to take a firm stand in the UN General Assembly on this matter, saying the international community cannot continue passing resolutions without taking action, beginning by declaring Israeli crimes against humanity as apartheid.

Pandor reminded the audience, “As oppressed South Africans, we experienced first-hand the effects of racial inequality, discrimination and denial and we cannot stand by while another generation of Palestinians are left behind.” She also pointed out that South Africa’s post-apartheid government and people have a political and moral responsibility to isolate apartheid Israel - as called for by the Palestinian people.

“The SA BDS Coalition, as a member of the Pan-African Palestine Solidarity Network (PAPSN), continues to mobilize across the continent to kick apartheid Israel out of the African Union after the unilateral decision last year by the AU Commission Chair, Mousa Faki Mahamet, to accept Israeli credentials,” the statement added.

“As the Minister said, it is incomprehensible for the AU to reward Israel for its brutal occupation of Palestine and its colonial and apartheid practices. Alongside other PAPSN affiliates, we will continue to support the efforts of Minister Pandor, our government and other African states to “correct the mistake” of Israeli accreditation and ensure that the AU abides by its obligations under its founding documents, including the African Charter for Human and Peoples’ Rights to “eliminate colonialism, neo-colonialism, apartheid, Zionism.”