Israeli army blocks four roads linking the town of Hawwara, in the north of theWest Bank, to area towns 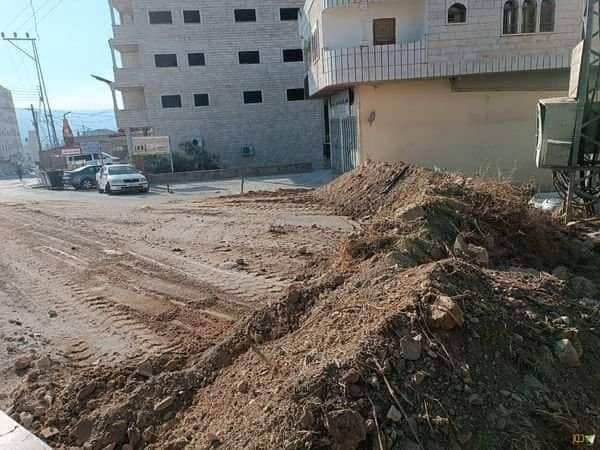 A road in the town of Hawwara blocked with dirt by the Israeli army to prevent movement of Palestinians.

NABLUS, Monday, July 18, 2022 (WAFA) – The Israeli army blocked this morning four roads linking the northern West Bank town of Hawwara, south of Nablus, to nearby towns, according to a local activist.

Awad Nijim, a member of Fatah movement in Hawwara, said the soldiers brought bulldozers to block with dirt four roads linking Hawwara to the nearby towns of Einabous, Urif and Jamaeen.

He said this is not the first time the army blocks these roads as part of its collective punishment policy against Palestinians particularly in light of raising the Palestinian flag on the main Hawwara-Nablus road, which is also used by settlers who often object to seeing Palestinian flags on their way to their illegal settlements.