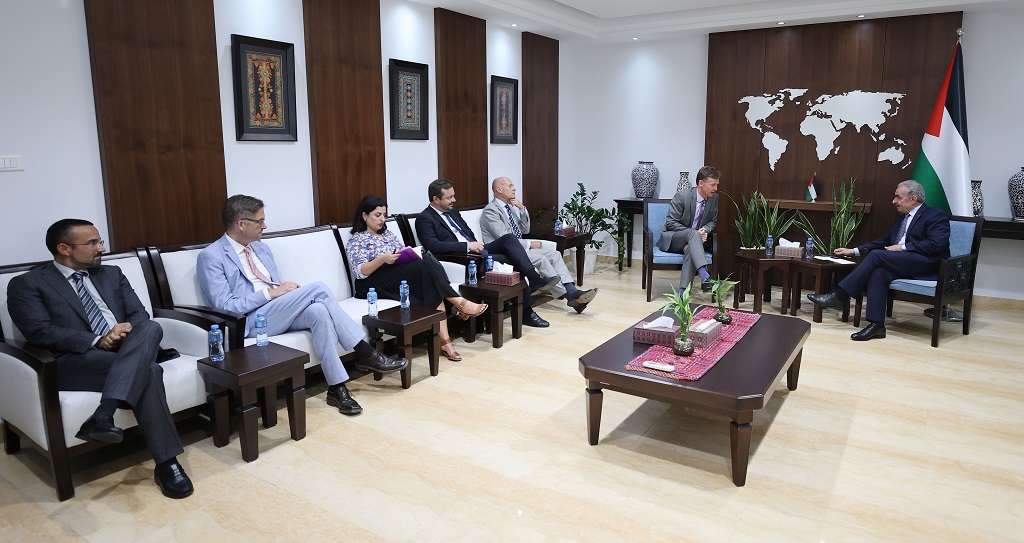 Speaking during a meeting with EU Representative Sven Kühn von Burgsdorff along with the representatives of the EU member states at his office in Ramallah, Premier Shtayyeh expressed his appreciation for the EU for resuming funding to Palestine while pointing that Europe maintains a long-standing position on Palestine based on out of its commitment to the values of peace, justice and the defense of human rights.

Shtayyeh renewed his call to the EU to put pressure on Israel, the occupying power, to allow elections be held in Jerusalem as it would be the case with the rest of the Palestinian territories in as per the signed agreements, halt its unilateral actions of land pillage, colonial settlement construction, extrajudicial killings of Palestinians, detention raids and incursions, especially to Jerusalem’s flashpoint Al-Aqsa Mosque compound.

He also called on Europe to play an effective role in creating a political track conducive to bringing the occupation to an end and establishing the Palestinian state based on the 1967 borders, with East Jerusalem as its capital.

He discussed with the European delegation strengthening cooperation at all levels in line with the development plan and national priorities.