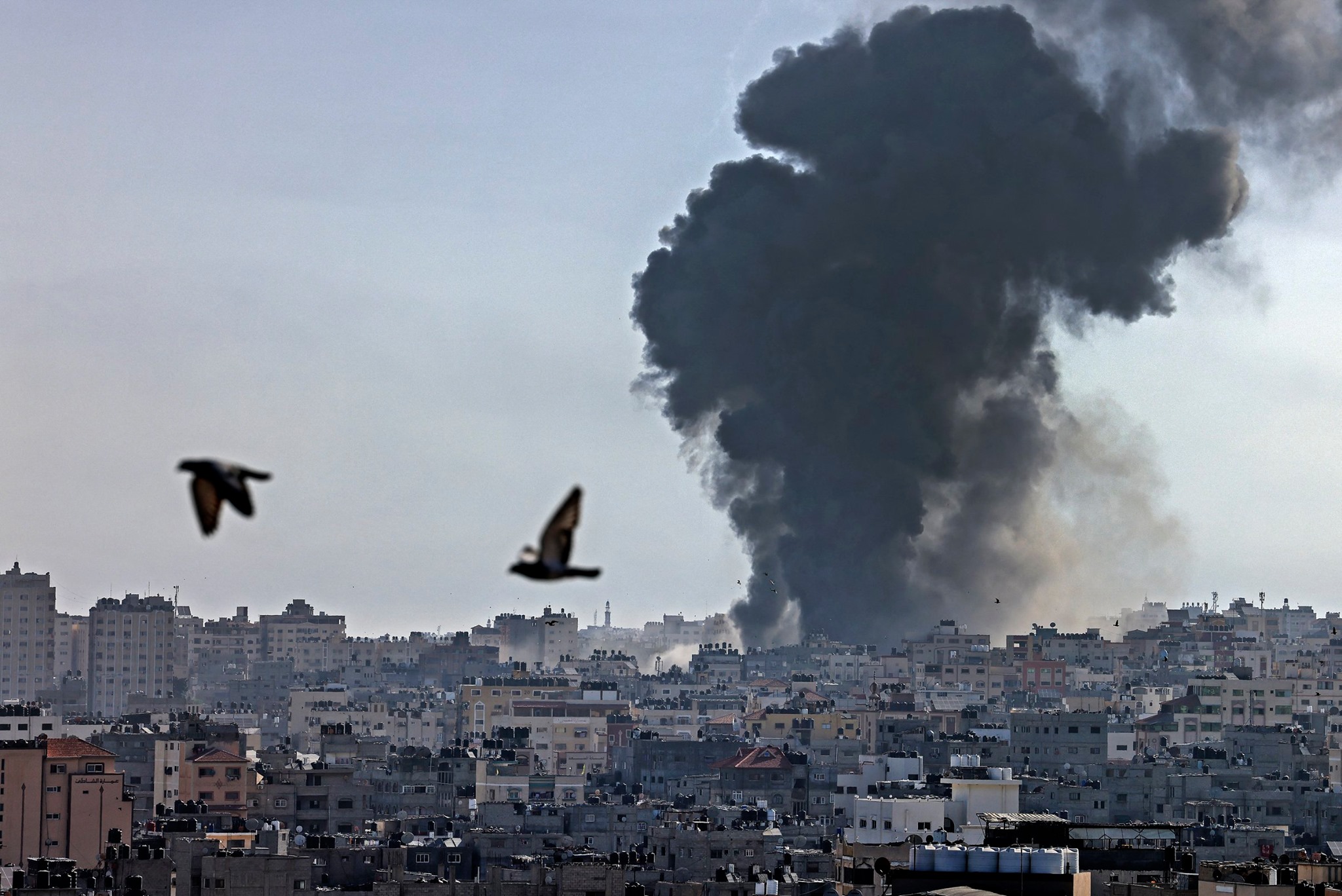 Smoke coming out following an Israeli air raid at a location in the Gaza Strip. (File photo)

He said a reconnaissance plane fired one missile at a location in the center of the Gaza Strip, followed by four other missiles fired by warplanes destroying the site and causing fire.

A drone, said the correspondent, fired two missiles at a location north of Beit Lahiya, and another location east of Beit Hanoun, in the north of the Gaza Strip, destroying them in total and causing damage to nearby homes.

Warplanes and drones are continuing to fly over the Gaza Strip and more explosions are being heard every now and then, said WAFA correspondent.

Israel claims the attacks came after a missile was fired from the Gaza Strip and intercepted over the city of Asqalan, in the south of Israel.

Israeli navy ships, meanwhile, last night and again this morning attacked fishermen sailing in the south and north of the Gaza Strip and forced them to return to shore, according to local sources.