President Abbas: Leadership will have to take necessary legal measures to protect interests of Palestinian people 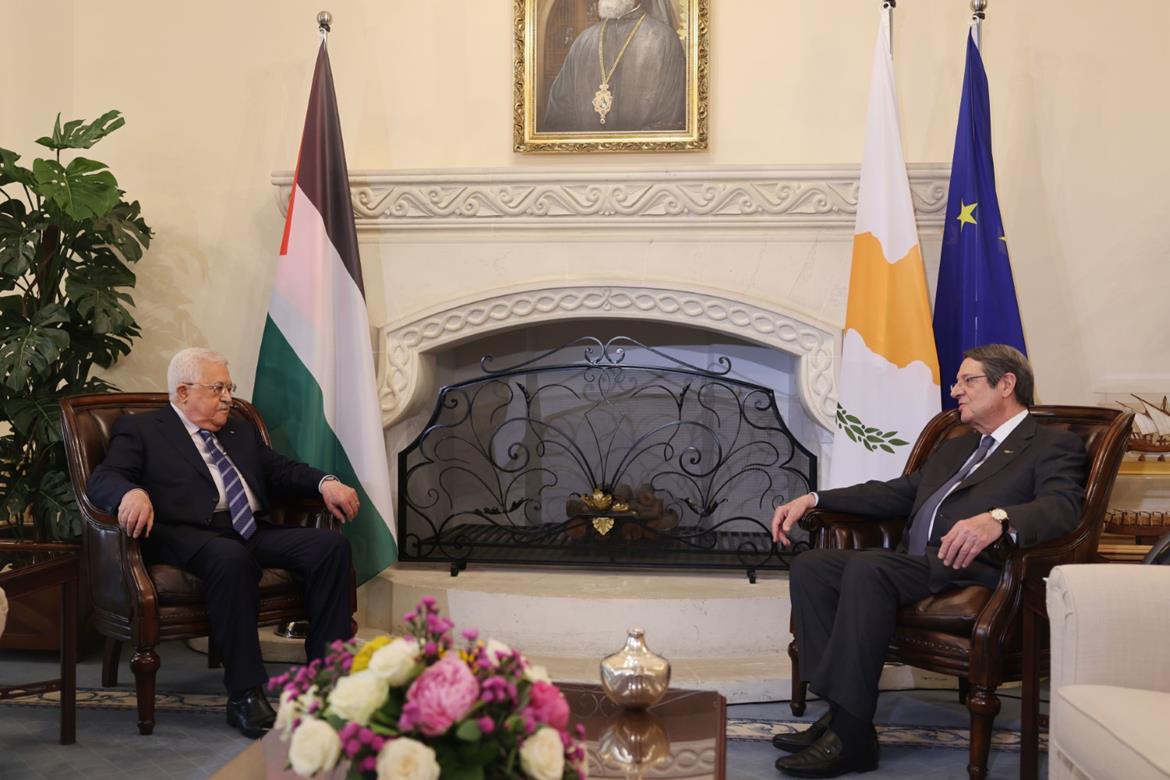 NICOSIA, Tuesday, June 14, 2022 (WAFA) – President Mahmoud Abbas said today that the Palestinian leadership will have to take the necessary legal measures to protect the interests of the Palestinian people and put an end to the Israeli occupation’s crimes, which have reached an unacceptable level.

The President said during a press conference with Cypriot President Nicos Anastasiades at the presidential palace in Larnaca that the current situation cannot be tolerated in light of the absence of a political horizon and international protection for the Palestinian people.

He stressed that the Palestinian leadership will continue contacts to mobilize international support to confront these dangerous challenges and to take deterrent measures to ensure an end to double standards.

The President said the leadership is ready to engage in any peace efforts and initiatives based on UN resolutions, leading to the establishment of peace, security, and stability for everyone in the region, and an end to the Israeli occupation of the state of Palestine with East Jerusalem as its capital.

He thanked Cyprus for its firm position that recognizes the state of Palestine and its support of the Palestinian people at international forums to reach their freedom and independence.

He further thanked Cyprus for its constant call to achieve peace based on the two-state solution in accordance with UN resolutions.