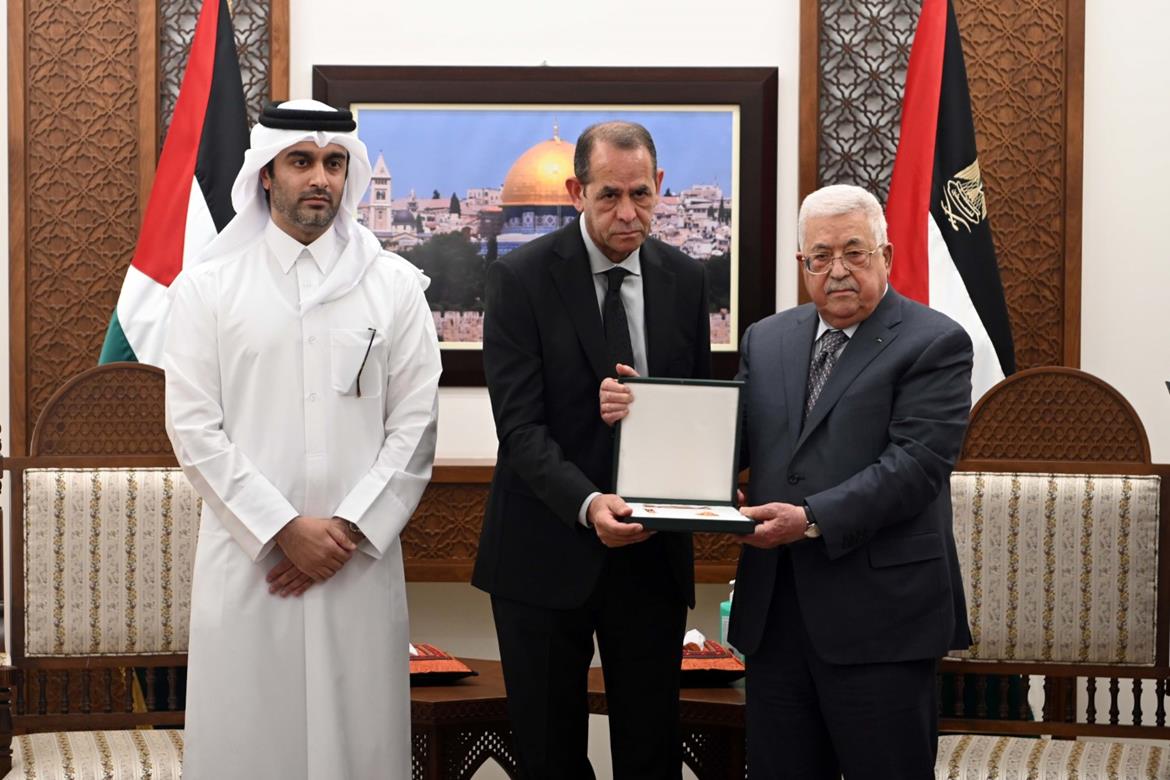 In a ceremony held at the presidential headquarters in Ramallah, President Abbas granted Abu Akleh the Star of Jerusalem in appreciation of her distinguished media role in defense of her homeland and the cause of its people, as well as for her courage, dedication and professional commitment in supporting the legitimate struggle of our people.

The President also awarded the Medal of Appreciation to journalist Ali Al-Sammoudi, who was shot and injured during the same incident; journalist Shatha Hanaysha and Al Jazeera photojournalist Majdi Bannoura, who accompanied Abu Aqleh during the incident; and the brave young man Sharif Omar Abdel Latif Azab who put his life at risk to save the life of Hanaysha.