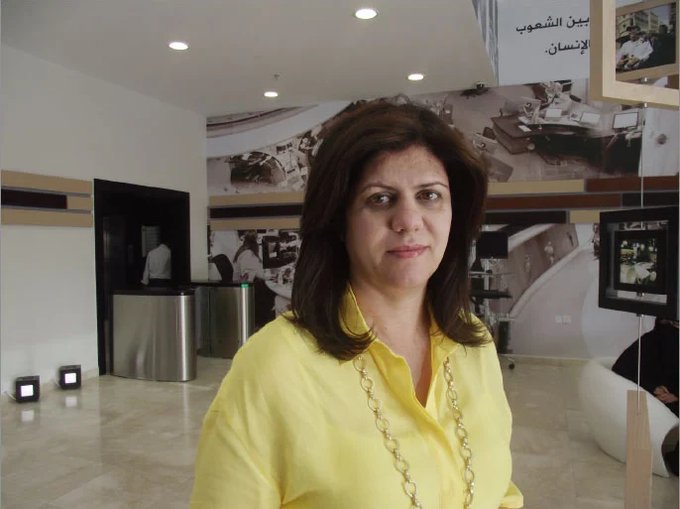 RAMALLAH, Wednesday, May 11, 2022 (WAFA) – Palestinian officials today strongly condemned the Israeli killing of the Palestinian journalist Shireen Abu Akleh, a correspondent with Al-Jazeera, who was shot dead this morning by the Israeli occupation forces in Jenin refugee camp.

Prime Minister Mohammad Shtayyeh condemned the killing of Abu Akleh saying she was killed “while carrying out her journalistic duty in documenting the horrific crimes committed by the occupying soldiers against our people.”

The Foreign Ministry accused Israel of “Intentionally and deliberately” shooting Abu Akleh and her colleague Ali Samoudi, who was also shot in the back at the same time and is currently getting treatment in hospital.

It said in a statement that the shooting is an implementation of the Israeli government’s policy that gave the green light to its soldiers to shoot and kill Palestinians.

The General Supervisor of the Official Media, Ahmad Assaf, said that the occupation's targeting of Abu Akleh is a part of the policy of targeting the Palestinian media, adding that “the occupation aims from this crime to obliterate the truth and silence the voice of truth in order to commit its crimes silently.”

The Ministry of Information and the Palestinian Journalists Syndicate, along with several other Palestinian officials and organizations, have also strongly condemned the killing of Abu Akleh.