World Bank: The Palestinian economy will continue to operate below potential without concrete policy actions 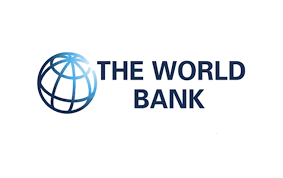 JERUSALEM, Monday, May 9, 2022 (WAFA) – Despite signs of recovery after the easing of COVID-related measures, the fiscal situation in Palestine remains highly challenging due to the accumulation of large arrears and very low aid, according to the World Bank.

In addition, the COVID-19 pandemic had a severe impact on the well-being of Palestinians and led to the emergence of newly poor Palestinians, as well as a broad increase in the vulnerability to food insecurity. The outlook remains precarious, and efforts are needed to place the Palestinian economy on a sustainable trajectory.

The World Bank’s Palestinian Economic Monitoring Report to the Ad Hoc Liaison Committee (AHLC) will be presented in Brussels on May 10, 2022, during a policy-level meeting for development assistance to the Palestinian people. The report highlights the critical challenges facing the Palestinian economy and the required fiscal reforms. It also outlines the key areas in which Palestinian lives have been impacted by the pandemic and its restrictions.

“Despite impressive fiscal consolidation efforts over the years, the size of the fiscal deficit has remained large.  Given a sharp decline in aid from 27% of GDP in 2008 to 1.8% in 2021, the Palestinian Authority (PA) has accumulated a large stock of arrears to the private sector, the pension fund, and domestic borrowing. As domestic financing options are no longer possible, pressing on with priority reforms to increase revenues and improve fiscal sustainability is very important.” said Kanthan Shankar, World Bank Country Director for West Bank and Gaza.

After one of the biggest recessions on record when the economy shrank by 11.3% in 2020, the growth rate reached 7.1% in 2021. This increase was mainly due to higher consumption in the West Bank following the easing of COVID-related measures and the increase in the number of Palestinians working in Israel and the settlements. Gaza’s recovery was slower given the May 2021 devastating Israeli attacks that lasted for 11 days.

Despite the economic recovery, the management of fiscal policies remained challenging as the size of the deficit before aid reached $1.26 billion while aid hit a record low of only $317 million in 2021. Consequently, the PA had to rely on domestic resources to finance its needs and has also been paying partial salaries since November 2021.

Economic growth and the PA’s revenues remain below potential due to movement and access restrictions, including in Area C which makes up over 60 percent of the area of the occupied West Bank. Palestinian external trade is controlled by Israel and is subject to costly non-tariff barriers that have reduced competitiveness. Furthermore, the Israeli closures on Gaza has resulted in an almost completely closed economy. The fiscal deficit (before aid) is expected to remain large in 2022 at 5.1% of GDP.

To help achieve fiscal sustainability, the report calls on the international community to provide budget support and urges greater efforts by the PA to pursue reforms in revenue and expenditure. However, reforms need be carried out gradually to avoid negative social implications, especially in the post-pandemic context. For example, revenue reforms should initially focus on high earners who are not fully paying their dues. The report also recommends that the PA revisits expenditure on the wage bill, improves value for money in the health system, better manages the public pension fund, and reduces net lending.

While PA reforms are necessary to reduce the size of the fiscal deficit, they are not sufficient to secure sustainable development. Cooperation by the Government of Israel (GoI) is essential to increase revenues. Granting Palestinian businesses access to Area C could increase the PA’s revenues by 6% of GDP.

The GoI could regularize and systematically transfer the monthly PA’s share of Allenby Bridge exit fees. Renegotiating down the 3% handling fee charged by the GoI to handle Palestinian imports is also a priority. The report commends the recent implementation of a pilot for an e-VAT system, whereby traders are granted the option to issue transaction receipts digitally. This important step for cooperation on fiscal matters could further be consolidated so that both interfaces are linked in real-time.

“In an already weak economy being also hit by COVID19, the impact on Palestinian livelihoods and welfare has been aggravated. The pandemic has not only reinforced previous vulnerabilities but has led to the emergence of a substantial number of newly poor Palestinians. The World Bank report provides an analysis of the impact of COVID-19 on poverty. This is critical as the analysis helps identify the most prevalent vulnerabilities and guide future interventions to support more resilient livelihoods,” added Shankar.

At the peak of the lockdown and economic restrictions, around 110,000 additional Palestinians entered poverty. The new poor were concentrated in rural areas of the West Bank and were more likely to be living in female-headed households. With 20% of previously employed main income earners losing their jobs, income fell in more than 60% of Palestinian households during the height of the pandemic.

The report also indicates that there is a broad vulnerability to food insecurity because of the pandemic even in relatively better-off households in the West Bank. Children in the poorest households faced the biggest difficulties in accessing education during lockdowns, mainly because of a lack of internet connectivity.