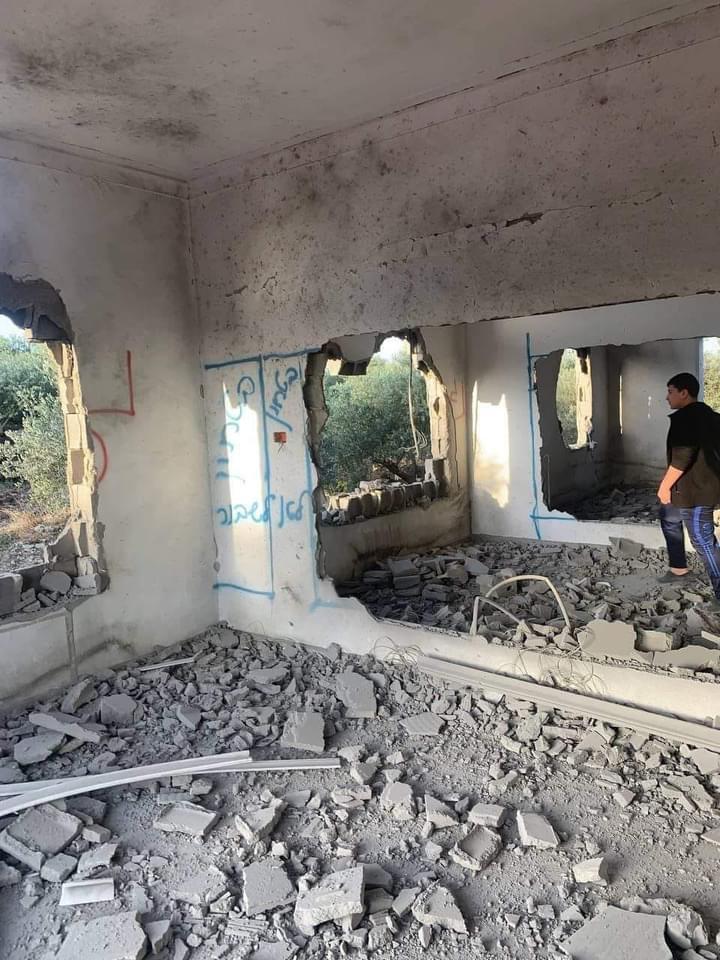 The Jaradat home after it was destroyed.

JENIN, Saturday, May 7, 2022 (WAFA) - The family home of a Palestinian detainee in Israel was demolished early this morning by the Israeli army, according to local sources

They told WAFA that an army unit raided the town of Silat al-Harthiyeh, west of the northern West Bank city of Jenin, and proceeded to demolish the family home of Omar Jaradat, detained in Israel and accused of killing an Israeli settler last December.

Witnesses said the army demolished the walls of the house making it impossible to live in.

Omar Jaradat’s house is the fourth for the same family the army has demolished as a collective punitive measure for allegedly taking part in the killing of the settler.

Three Palestinians were also injured by live bullets following clashes with the soldiers during the raid of the town.