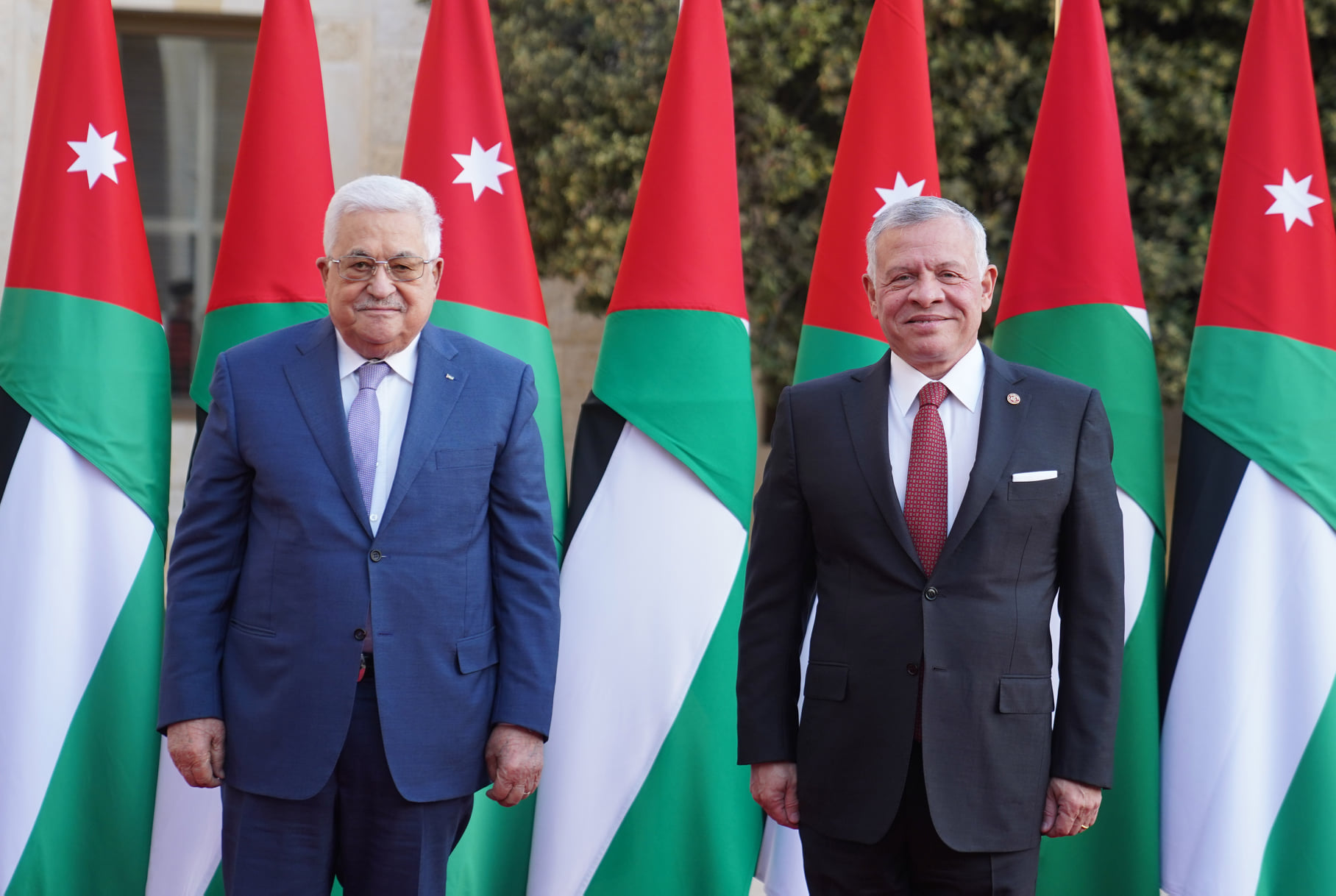 During the meeting, President Abbas discussed with Abdullah II the latest political developments on the Palestinian arena and the Israeli escalation in the occupied territories, with focus on the means to defend and protect the occupied city of Jerusalem along with the holy sites and promote coordination on issues of common interest.

Abbas reiterated the need to put pressure on the Israeli government to halt its occupation’s unilateral measures, respect the signed agreements, and cease its persistent aggression against the Palestinian people.

He noted the importance of stepping up efforts and Palestine-Jordan coordination in order to mobilize the international community to halt the Israeli government’s aggressive practices and policies against the Palestinian people, territories and holy sites.

He stressed the importance of abiding by the terms of reference of the peace process and United Nations resolutions as well as the need to provide the Palestinian people with international protection from the belligerent Israeli military occupation, return to the political horizon to end the protracted Israseli occupation of the territories belonging to the State of Palestine, with East Jerusalem as its capital.

He commended Jordan and Abdullah II for their positions in support of the Palestinian people and their just cause at all levels and in all international forums, and underscored Palestine’s keenness to reinforce the brotherly relations and cooperation between the two peoples and countries.

He expressed his country’s determination and persistent efforts in coordination with all regional and international parties to halt the Israeli aggression and preserve the historical status of the holy sites in Jerusalem, under Hashemite Custodianship.