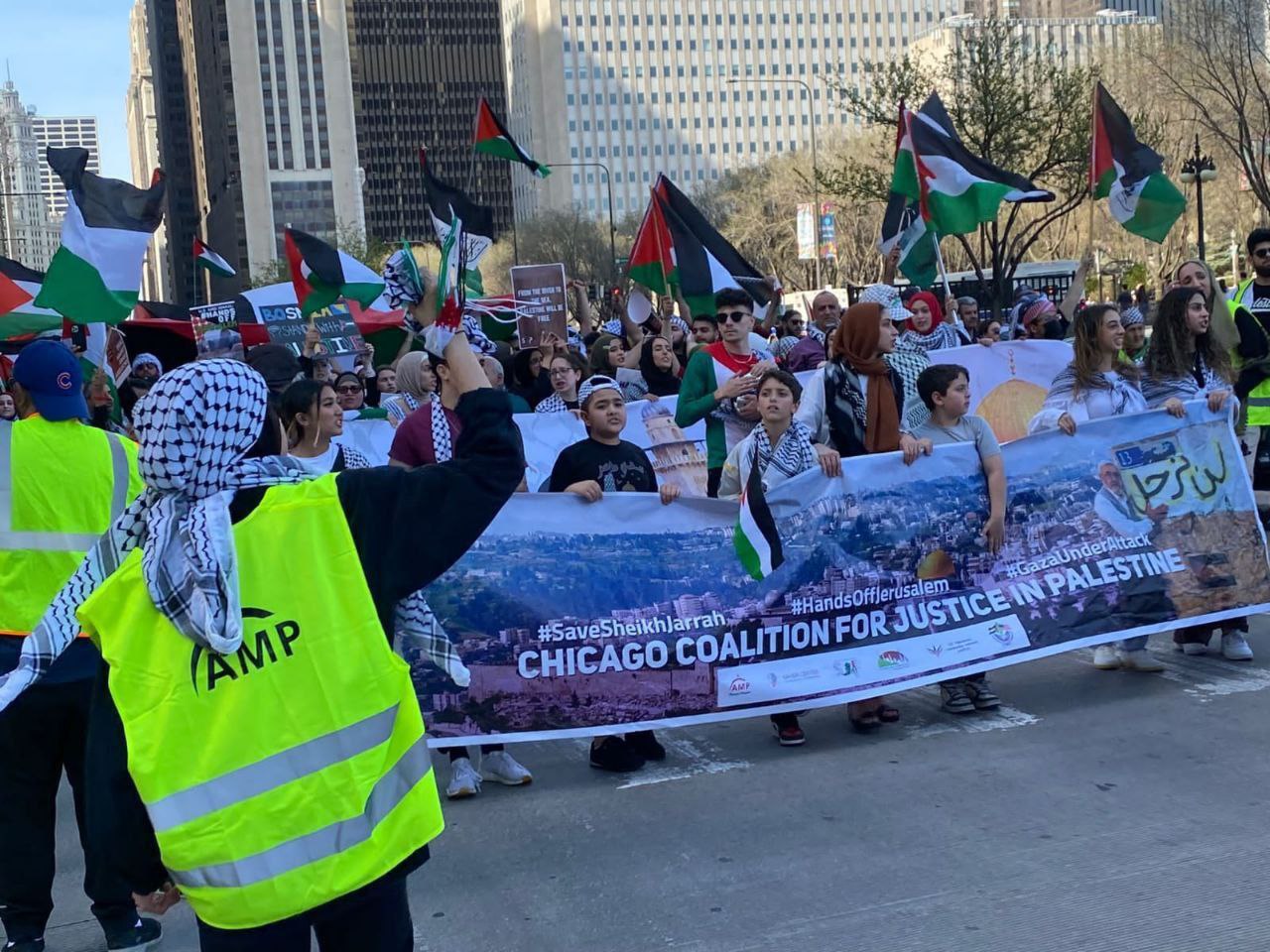 WASHINGTON, Sunday, April 24, 2022 (WAFA) – Hundreds of protesters took part in a rally yesterday at Wells & South Michigan Avenue in downtown Chicago in protest of the recent Israeli raids on the Al-Aqsa Mosque in occupied Jerusalem.

The protest in Chicago came in the aftermath of a series of raids since April 15 in which the Israeli Police used brutal force against Muslim worshipers praying at the Al-Aqsa Mosque compound in occupied Jerusalem in an attempt to empty the holy site to make way for Israeli radicals to celebrate Passover there.

The protesters waved flags of Palestine and banners that called on the Israeli occupation forces to take their “hands off Jerusalem” and to stop their daily assaults on Palestinians.

Alderman Byron Sigcho Lopez, a long-time supporter of the Palestinian cause, addressed the protesters, saying: “This is the fight of the international proletariat revolutions…we see Zionists attacking our siblings, we cannot be quiet, we must denounce it!”

Lesley Williams from the Jewish Voice for Peace also spoke during the rally: “How long will it be before Palestinian lives matter…we wonder how can that be when the press highlights every single Israeli death but ignores the scores of Palestinians that die every year”.

Frank Chapman from the Alliance Against Racist & Political Repression addressed the crowd: “I don’t have to be where my government is at - I oppose where they’re at. We want Palestine to be free! Our solidarity is without conditions, however you fight in your liberation movement, we are with you!” –

Emma Lozano from Pueblo Sin Fronteras, said: “We are both diasporas who know too well the hypocrisy of the former colonizer nations who now turn a deaf ear to our people.”