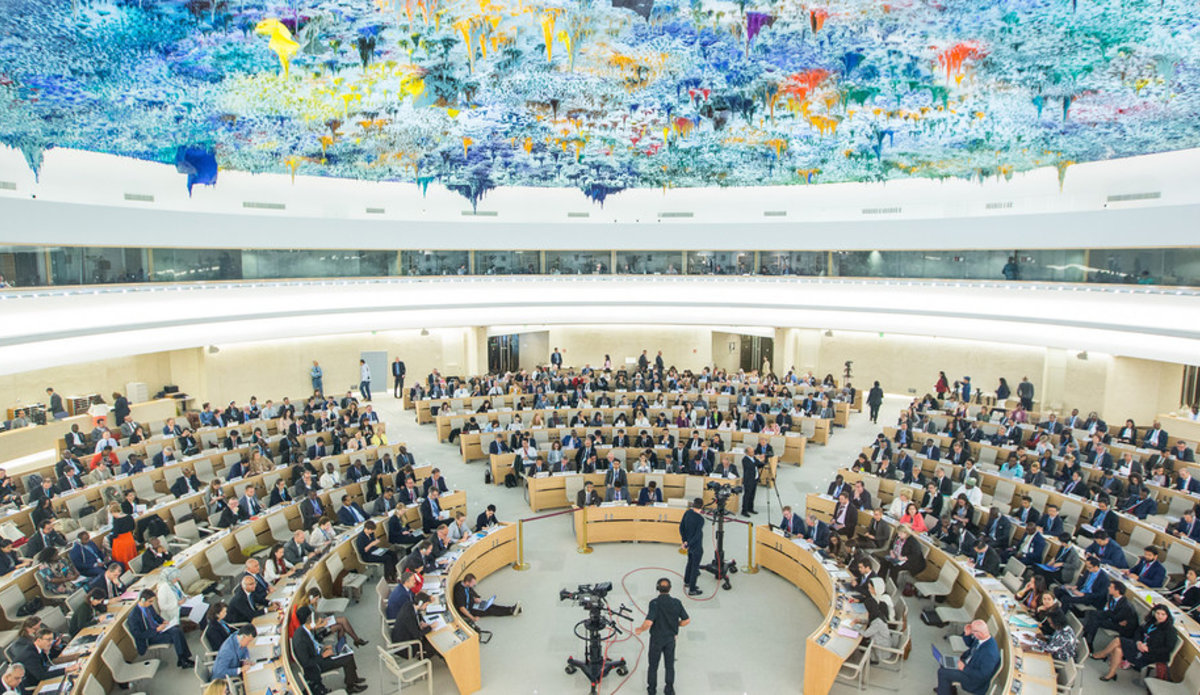 GENEVA, Friday, April 01, 2022 (WAFA) – Minister of Foreign Affairs and Expatriates Riyad al-Maliki commended today a unanimous vote by the UN Human Rights Council in favor of two resolutions on the self-determination of the Palestinian people and the illegality of Israeli settlements.

38 countries voted in favor of the draft resolution "Israeli settlements in the Occupied Palestinian Territory, including East Jerusalem, and in the occupied Syrian Golan", while five countries abstained, namely Ukraine, Lithuania, Brazil, Cameroon and Honduras. Meantime, four countries voted against the resolution, specifically the United States, the United Kingdom, the Marshall Islands, and Malawi.

41 countries voted in favor of the resolution "The right of the Palestinian people to self-determination", while 3 countries abstained: Lithuania, Cameroon, and Honduras. Three countries voted against: the United States, the United Kingdom and and the Marshall Islands.

He pointed out that the adoption of the resolution on the illegality of the Israeli settlements in the occupied Palestinian territory affirms the need for a boycott of these settlements leading to their immediate dismantlement.

Al-Maliki stressed the need for the international community to ban settlement-manufactured goods, and to stop commercial and military dealings with the Israeli settlement system for its violation of the rules of international law.