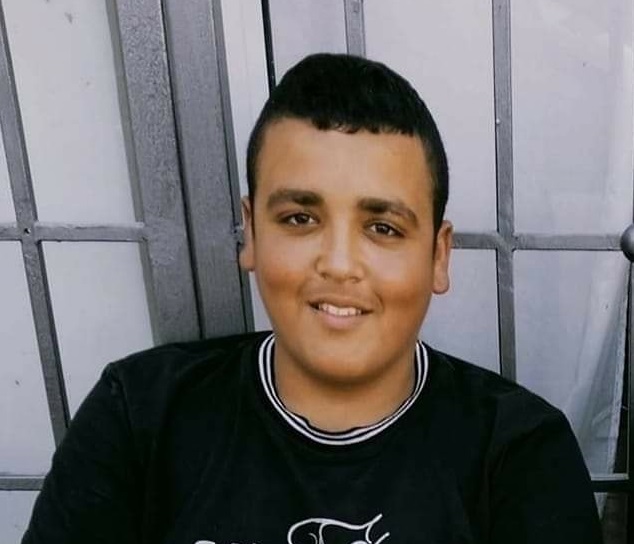 JERUSALEM, Monday, March 07, 2022 (WAFA) – A 16-year-old Palestinian boy was last night killed by Israeli army gunfire in the town of Abu Dis, southeast of the occupied city of Jerusalem, according to the Ministry of Health.

Yamen Jaffal was shot and killed by Israeli occupation forces apparently in cold blood. The soldiers, who prevented Palestinian medics from approaching him, took his body away and later informed the Palestinian side that he was dead.

Clashes later broke out between Palestinians and soldiers in the town, who fired tear gas and rubber bullets causing several suffocation cases among the Palestinians.

Earlier on Sunday, a young Palestinian identified as Kareem Jamal Qawasmi, 19, was also shot dead by Israeli occupation forces at Bab Hutta neighborhood in the old city of Jerusalem.