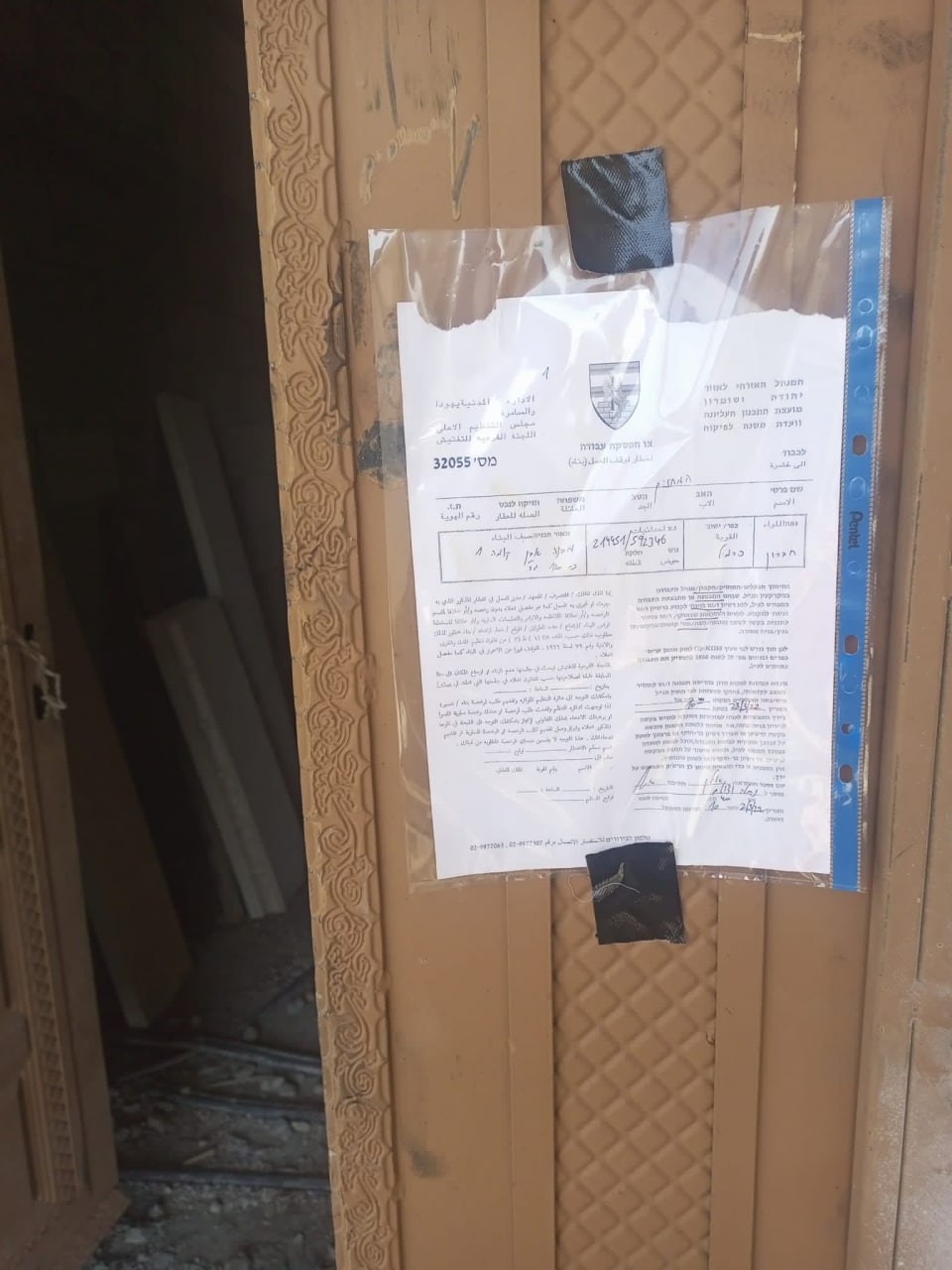 HEBRON, Wednesday, March 02, 2022 (WAFA) – Israeli occupation authorities today halted the construction of three houses in al-Juwaya community, east of Yatta, in the southern West Bank district of Hebron, according to a local activist.

Coordinator of the Protection and Resilience Committees, Fuad Al-Amour, told WAFA that Israeli forces handed a resident of the community a notice, ordering him to stop the construction of his 170-square-meter house, which was demolished for the first time about six months ago.

He added that soldiers handed two other residents notices to stop the construction of their homes in the same community.

Considered as one of the eastern suburbs of Yatta, Aj-Juwaya is heavily targeted by the Israeli occupation measures intended to obliterate Palestinian construction expansion.

Meanwhile, the soldiers handed over a notice to stop the reclamation of the 2000-donum nature reserve of Khallet Ad-Dabi‘, one of the hamlets making up Masafer Yatta.

In early February, the occupation authorities razed four water wells in the same hamlet as part of a wider campaign to seize some 400 donums in Khallet Ad-Dabi‘ to make room for colonial settlement construction.