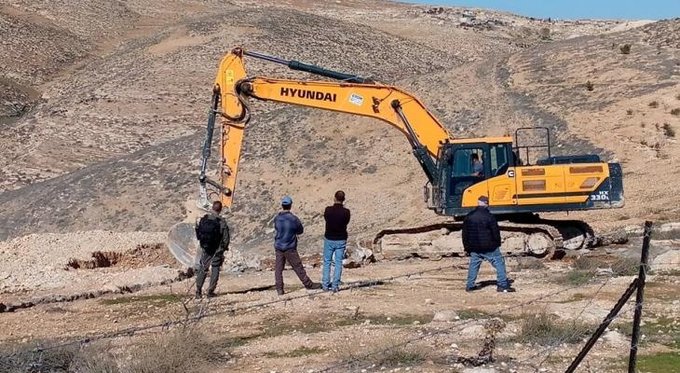 Coordinator of the Anti-Wall and Settlement Committees, Rateb al-Jabour, said that Israeli forces used a bulldozer to destroy the water wells, which belong to the Hamamda, Dababsa and al-‘Amour families, in Khallet Ad-Dabi‘, one of the hamlets making up Masafer Yatta.

He pointed that the wells destruction was a part of a large campaign aimed at seizing some 400 donums in Khallet Ad-Dabi‘ to make room for colonial settlement construction.

In contrast, Israel much more easily gives over 700,000 Jewish Israeli settlers in colonial settlements across the West Bank building permits and provides them with roads, electricity, water and sewage systems that remain inaccessible to many neighboring Palestinians.